PUTRAJAYA: The Malaysian Anti-Corruption Commission has made its 17th arrest in the case of alleged bribery worth millions of ringgit as part of an SMS scam syndicate.

A former head of customer service in a telecommunications company has been remanded for five days to help in the probe.

The 46-year-old woman was arrested at the commission’s headquarters around 11pm on Tuesday when she was called to give her statement.

The syndicate is said to have given bribes to several employees of the telecommunications company in return for data and private information belonging to customers using the company’s pre-paid plan.

It is learnt the phone numbers were then used by the “content provider” company to charge customers via SMS without their knowledge or permission.

The case is being investigated under Section 16 of the MACC Act 2009.

Meanwhile, three individuals, including a staff member of the telco company who were earlier remanded over the case, have been released on bail. 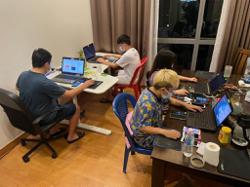