The false claims were among 388 complaints lodged with the Social Security Organisation (Socso) against employers under the WSP from June till Sept 11.

"Socso has received 388 cases of complaints against employers regarding payments under the WSP involving almost RM20mil. Action was taken on certain employers, ” he added.

Saravanan also said Socso has frozen all WSP payments to suspected employers until investigations on the complaints were completed.

At the same time, Saravanan said that out of the 388 complaints, 232 cases are still being queried by Socso before further action is taken.

“On that matter, Socso is cooperating with the Malaysian Anti-Corruption Commission (MACC), and five cases are still being investigated by the MACC.

“From the amount, an arrest was made in Kedah on Oct 16, ” he said when replying to a question raised by Charles Santiago (PH-Klang) in Parliament on Wednesday (Nov 18).

At the same time, Saravanan said Socso has blacklisted 5,537 employers for sacking their staff and not contributing to Socso.

The WSP implemented in June was aimed at assisting employers hit by the Covid-19 pandemic. 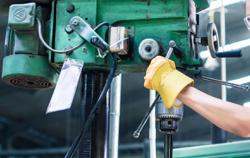 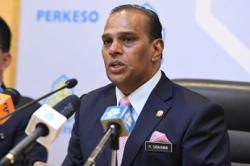