Bridging the last mile with vans

The service will be under its subsidiary, Rapid Bus Sdn Bhd, which is currently handling all the MRT and LRT feeder bus services in the Klang Valley, other than stage bus services in major cities in the peninsula.

In a statement, Prasarana said the trial would run for four months using the fuchsia or pink-coloured vans, each capable of carrying at least nine passengers.

Pink is the chosen colour for LRT feeders buses to distinguish them from the white-blue MRT feeders.

The service runs from 6am until midnight at intervals of 20 minutes.

The fare is RM1 regardless of distance, though only cashless transactions are available, with payment via Touch ’N Go card, the My30 pass or other concession cards.

“Route T252 is a new route that could not be served by other buses, which are too long to navigate the narrow lanes in these areas, ” said Rapid Bus chief executive officer Muhammad Yazurin Sallij.

“We hope that the residents along this route will try out this service and give feedback on how to improve it.” 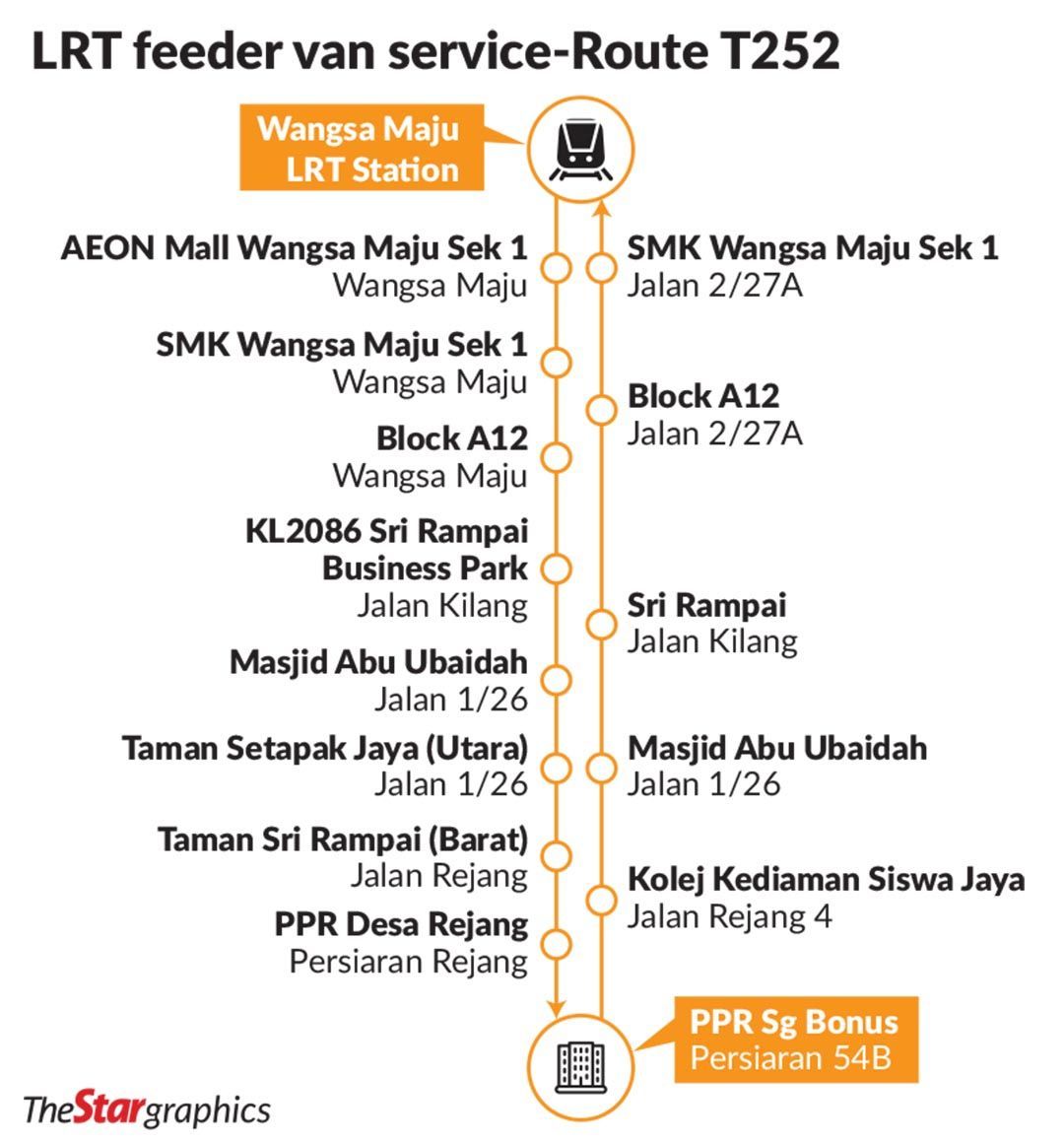 The deployment of shorter vehicles to serve commuters in neighbourhoods that have narrower streets was a logical solution, said land transport observers.

A Prasarana official said earlier that the manoeuvrability of buses in narrow areas was dictated more by their length rather than the width of the vehicle.

Starting from 10m (a typical MRT feeder bus) all the way to 12m, most Prasarana owned buses are “too long” to navigate these neighbourhoods.

The vans, at about 5m in length each, are deemed to have it much easier against the rows of haphazardly parked vehicles in these places.

The trial using the fully-imported buses from Japan, each around 7m long, lasted three months.

“Data collected from this trial will be considered when it comes to deciding whether to continue with the service, or the expand it, ” said Yazurin.

The vans are equipped with the GPS trackers like other Prasarana buses, thus enabling their location to be tracked in real time.

To find out their locations, commuters can use Google Maps, Moovit, or myrapidbus.prasarana.com.my/kiosk.