PETALING JAYA: Parti Pejuang Tanah Air (Pejuang) has urged the Registrar of Societies (RoS) and Home Minister Datuk Seri Hamzah Zainuddin to make a decision on the official registration of the party after it had submitted its application more than two months ago.

Party secretary-general Datuk Amiruddin Hamzah said it has been more than two months since the party submitted its application but till now, there were still no signs that the party's registration would be approved.

Pejuang had submitted its application online and to ROS director-general Masyati Abang Ibrahim on Aug 19.

Amiruddin also listed seven chronology of events in which the party had taken to ensure that it would be a registered political party.

Among the events, Amiruddin noted as recent as Oct 22, it had written a letter to the Home Minister to inquire about the status of its application.

He also said that on Oct 22, the party had also sent a request application to the ROS director-general to allow Pejuang to use the party logo and to allow it to operate Pejuang's website in line with Section 6(2) of the Societies Act 1966 (Act 335).

However, Amiruddin said all seven of its requests did not obtain any written reply from the Home Minister or the ROS director-general.

"Pejuang's application situation is very different compared with the registration of two other parties. Parti Makkal Sakti Malaysia was approved in two weeks while Perikatan Nasional was approved rather quickly in a process that is dubious.

"As such, the Pejuang committee once again would like the Home Minister and the ROS director-general to make a decision quickly and clearly so that Pejuang can be approved in accordance with the law," he said in a statement on Thursday (Oct 29).

Amiruddin said three months without a single written reply was unreasonable, adding that this gave the impression that the ROS had now become a politically motivated "government tool".

Pejuang was formed following the High Court’s decision to strike out a suit by Tun Dr Mahathir Mohamad and others over the nullification of their Bersatu memberships on Aug 7. 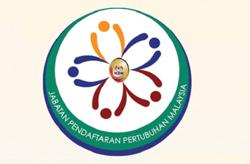 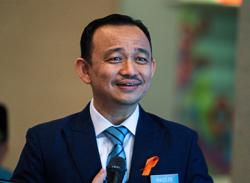