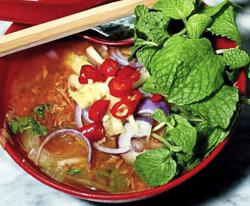 Anthony Bourdain have tasted the asam laksa, which was featured in a video. Starpic by: CHIN CHENG YEANG/The Star/09 June 2018

At least, that’s according to American TV channel CNN, which places the dish at No.7 on its updated World’s 50 Best Foods list (https://edition.cnn.com/travel/article/world-best-food-dishes/index.html).

In 2017, asam laksa was placed at #26 on the same list of tasty global delights.

The updated list sees Massaman curry sitting on the top spot. This southern Thai dish may not be particularly popular among international travellers and foodies but this year, CNN has moved it up nine spots from 2017, crowing it #1 among the best in the world.

On CNN, asam laksa is described as “an addictive spicy-sour fish broth with noodles (especially great when infused with ginger), that’ll have your nose running before the spoon even hits your lips”.

The dish may find its roots in Penang but it is a definite Malaysian favourite that can be found all around the country.

Penangites would usually recommend savouring a bowl of asam laksa at markets and old coffeeshops in Air Itam or Pulau Tikus.

Over the years, however, one particular shop in George Town has become a top favourite among tourists, thanks to viral postings on social media.

A number of other dishes from South-East Asia are also on the list, including Indonesia’s rendang (which ranked #1 in 2017 but now sits at #11), som tum (Thailand), chilli crab (Singapore), gui cuon (spring rolls from Vietnam) and pho, which is also from Vietnam. 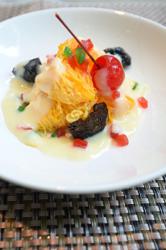