IPOH: A police report has been lodged over a DAP Perak Facebook post, claiming that a statutory declaration (SD) over the majority support in Parliament had been presented to the Yang di-Pertuan Agong.

He said the post titled “Berita sahih” (authentic news), mentioned that more than 120 MPs are supporting Datuk Seri Anwar Ibrahim, and that a SD had been presented to the King.

“But the Palace says the Opposition Leader did not provide any names, thus the post is not ‘sahih’, but ‘palsu’ (false) instead.

“After reading the post, I immediately lodged a report with the Malaysian Communications and Multimedia Commission (MCMC) online, and today a report with the police has been concluded as well,” he told reporters after lodging a report at the Ipoh District Police headquarters on Wednesday (Oct 14).

Low hoped both the police and MCMC would investigate the matter.

“It is not right to simply post something that is not true.

“Such post makes it look like the country is not stable, and keeps changing leadership,” he added. 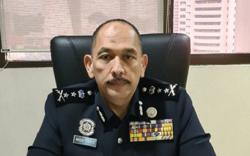