Vow to put M’sia on the map

The Prime Minister went to the famous bazaar yesterday after chairing a National Economic Action Council (EAC) meeting at a hotel nearby.

The marketplace is popular among local and foreign visitors for traditional Melaka handicraft, souvenirs and food.

Muhyiddin who was accompanied by Melaka Chief Minister Datuk Seri Sulaiman Md Ali was seen purchasing dodol from a stall and had asam pedas, a renowned Melaka dish, for lunch.

This is Muhyiddin’s first visit to Melaka after becoming Prime Minister on March 1.

A visitor from Kuantan, Robiah Ismail was pleasantly surprised to meet the Prime Minister when browsing at Pahlawan Walk with her family.

“The Prime Minister is very friendly and is close to the people, ” she said. 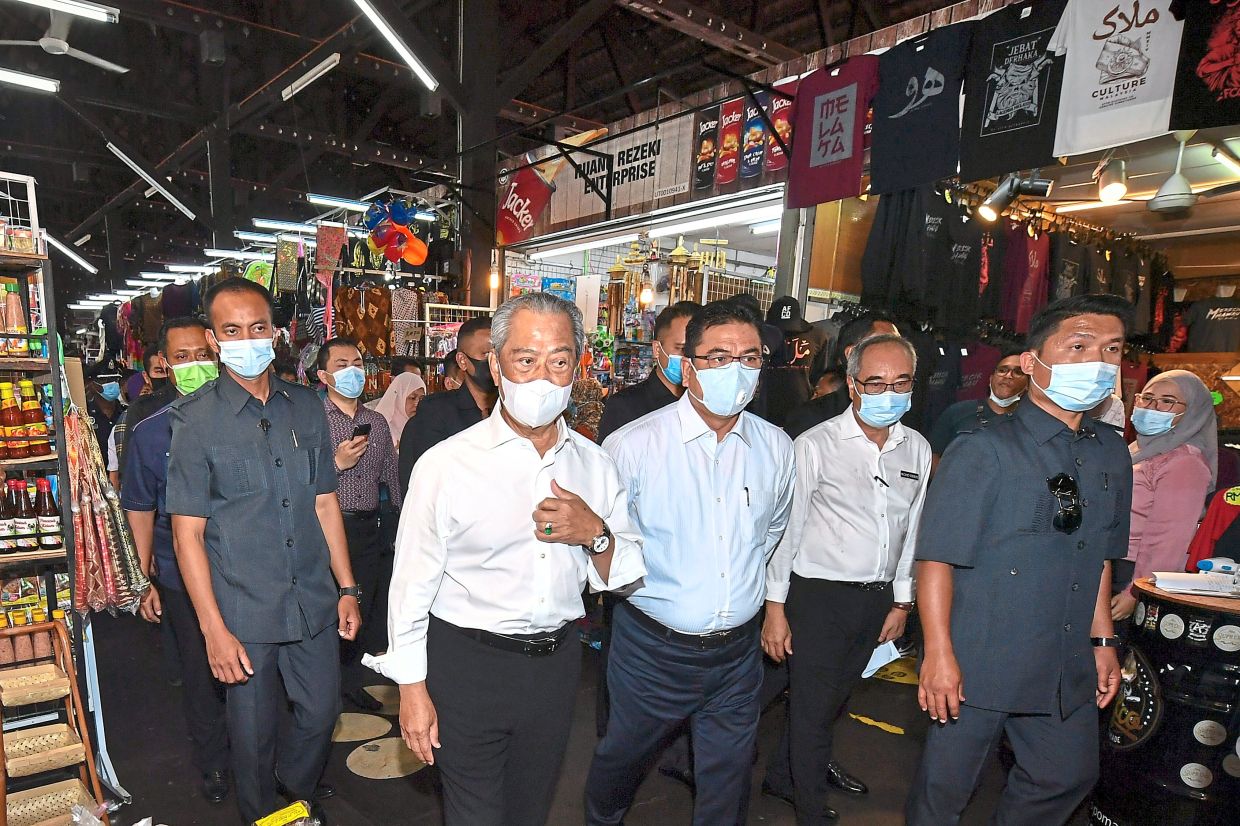 Meeting the people: Muhyiddin (second from left) visiting the Pahlawan Walk bazaar where he met the public and bought some dodol. With him is Sulaiman (third from right). — Bernama

Meanwhile, in a statement issued later the same day, the Prime Minister’s Office (PMO) said the government will also continue with its efforts to make Malaysia an investment destination in South-East Asia and encourage existing investors to re-invest in the country.

The statement was issued after Muhyiddin’s visit to an Infineon Technologies (M) Sdn Bhd’s factory in Batu Berendam here, which is the Melaka operations of German semiconductor giant Infineon–Technologies AG.

The Prime Minister also announced Infineon’s pledge of investing RM3.25bil in a span of 10 years until 2029.

“With this multibillion investment, Infineon has, indeed, paved the way to expedite the semiconductor sector to move up the value chain towards higher-margin processes such as the Packaged Integrated Circuit, ” the statement said.

The PMO said this marks another milestone in the long-standing and multi-faceted partnership between Malaysia and Germany, as well as a reflection of the confidence level placed by global investors in Malaysia’s attractiveness and stability.

The statement said within the manufacturing sector, the electronics industry topped the chart as the main contributor, as partially reflected in investments from international companies like Infineon.

Earlier, during his visit, Muhyiddin took the opportunity to engage directly with Infineon managers and employees, listening to their opinions and suggestions over the challenges in confronting the post-Covid-19 period.

Infineon has been operating in Malaysia for 47 years.

To date, Malaysia is the only country outside Germany where Infineon has both the Wafer Fabrication and Assembly and Test facilities, comprising both front-end and back-end manufacturing processes. — Bernama