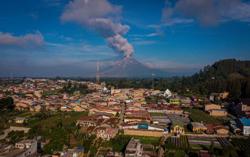 According to a study by research firm YouGov, Thais were the most likely to have tested for Covid-19 in the past week, with 25% saying they have done so.

Although Thailand recently went 100 days without any locally transmitted cases, it is increasing Covid-19 testing and contact tracing to prevent another wave of outbreak after a local disc jockey tested positive.

The study also said among other measures taken by Thailand included introducing rapid testing in July for international travellers at the Suvarnabhumi International Airport.

Meanwhile, Indonesians were the second most likely to have been tested for Covid-19, with almost two in 10 (18%) having done so in the past week.

“However, the suggested high rates of testing in Indonesia could be due to the fact that the nation primarily uses rapid antibody tests, which has since been discouraged by the World Health Organisation, ” said the study released last week.

“Asymptomatic testing is strictly prohibited in the nation.

“Meanwhile, Malaysians are the second least likely to have exhibited Covid-19 symptoms in the past week, with nine in 10 (91%) reporting no symptoms, ” said the study.

This is followed by Vietnam and the Philippines (both 88%), Thailand (85%) and Indonesia (84%), with its people found to be the most likely

to be exhibiting symptoms within Asean (84%).

The online survey conducted by YouGov in partnership with the Institute of Global Health Innovation at Imperial College London was done between Aug 17 and Aug 23.

It sought to look at how people were coping with Covid-19 across six Asean nations – Singapore, Malaysia, Indonesia, Thailand, the Philippines and Vietnam.

The survey, which polled 6,073 people aged 18 and over, also found that Filipinos were the most likely to stay at home.

“In spite of the lockdown being lifted mid last month, Filipinos remain the most likely to remain at home, with two in five (41%) answering they did not leave the house. The nation currently has the highest number of Covid-19 cases in Asean, ” said the study.

This is followed by Malaysians at 32% with the nation’s infectivity rate surging to a critical level, while the third most likely to stay at home were Singaporeans (29%).

This is followed by Indonesians (16%), Thais (12%) and the Vietnamese (10%), which is also the country with the lowest confirmed number of cases in the region.