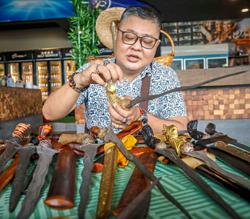 Avid collector: Yusof posing with his Milo collection that were displayed at Sunway Pyramid, Subang Jaya.

PETALING JAYA: For Mohd Yusof Ali, Milo is not just a drink but deeply entwined with memories of his late father who used to run a sundry shop.

The avid collector of all things Milo said he was reminded of his late father whenever he looked at his large collection at home.

“When I was young, my late father opened a sundry shop, Milo was among the must-have goods in his shop.

“Usually, if the suppliers send Milo together with some gifts, he would pass one to me.

“Since then, I have always had an interest in collecting items related to Milo such as tins, mugs, bottles, bags, T-shirts, posters and signage, among others, ” he told mStar.

The 41-year-old worker in the private sector said he had even converted his home into a Milo museum, spending close to RM50,000 on it.To date, Yusof has about 1,500 Milo items on display at his home in Klang, Selangor.

Although he started collecting the items since young, Yusof became serious in looking for rare Milo items about 15 years ago.

“For some people, it may not be worth it but to me, it has a priceless sentimental value to it, even if it’s just an old and rusty tin.

“The Milo collection is rather interesting as the items vary according to the year and country they were manufactured in, ” he said when met at the Milo 70th celebration at Sunway Pyramid recently.

Yusof was invited to display his collection of Milo products there.

Some people have even called Yusof’s home a Milo museum as he displayed his collections there.

“My living hall is my Milo gallery, some even say it looks like a museum. The items have a lot of memories and stories behind them, the green colour on the Milo products makes me feel at ease, ” he said.

“It isn’t easy to collect the rare items but I would usually go to flea markets and old shops to look for old stuff. I think I must have spent around RM50,000 on my collection, ” he added.

Among the most expensive item in his collection is a set of Milo cups used in kopitiam in the 1950s, priced at around RM3,000.

Yusof said the Milo tins produced in the 1960s were also among the antique ones in his collection.

“Many want to buy but I would usually turn them down politely. I am collecting them not to make a profit but because I am interested in them. They are also sentimental to me.

“I would rather have an exhibition to give a chance to the younger generation to know about Milo and the history behind it, ” he said.

He and a few other antique lovers have formed a club on social media where they share photos and information about their interest.

He said the club was also open to those who wanted to know more about their collection. 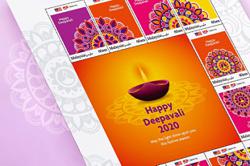 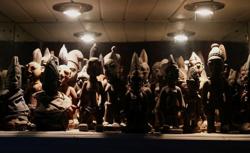