KOTA KINABALU: Twelve non-governmental organisations (NGOs) in Sabah’s east coast are calling on Wisma Putra to lodge a strong protest against Manila for continuing its claim over the state.

Persatuan Peduli dan Prihatin Rakyat Sabah (Perasa) president Abd Malik Yusof said the claim had no basis and was just a “provocation” for the local political interests of the Philippines.

He said Perasa and 11 other Tawau-based NGOs want the Foreign Ministry to call in the Philippines Ambassador in Kuala Lumpur and lodge a protest over the recent attempt to include Sabah in the Philippines map that is printed in their passports.

“It must be made clear again, that Sabah’s position in Malaysia was already spelt out in the formation of the federation on Sept 16,1963 that was endorsed by the United Nations, ” he said.

“As an NGO, Perasa regrets that the Philippines is not upholding the spirit of Asean to respect the principles of sovereignty of fellow members, ” he added.

He said the NGOs would be holding peaceful gatherings soon to protest against the provocation by Manila.

Malaysia is expected to lodge a protest over the issue after many, including caretaker Chief Minister Datuk Seri Mohd Shafie Apdal, urged Wisma Putra to be firm with Manila on the Sabah claim issue. 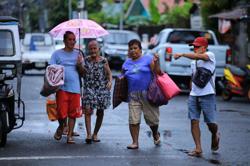