The Minister in the Prime Minister’s Department had contested for one of the three vice-president posts together with 16 others.

Mohd Redzuan had also lost his post as Masjid Tanah Bersatu chief to Datuk Mas Ermieyati Samsudin in the division polls earlier this year. Also failing to garner a win in the contest for the post was Johor executive councillor Mazlan Bujang.

Azlinda Abdul Latif and Shamsila Siru were the two women in the 20-member council.

Veteran politician and former minister Tan Sri Rais Yatim and former election commission chief Tan Sri Abdul Rashid Abdul Rahman were among those who lost in the contest for a seat in the council.

He said two other divisions were disqualified from participating in polls due to the lack of quorum. 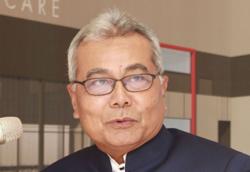