KUALA LUMPUR: Cops are aware of a fight that occurred between a group of men near Dataran Merdeka early Sunday morning.

The video of the fight have since gone viral on social media.

Dang Wangi OCPD Asst Comm Fahmi Visuvanathan Abdullah said police received a call from a member of the public at about 1.29am informing about the fight.

"The caller claimed that the group of young men were armed with motorcycle helmets.

"Police personnel were soon deployed to the scene but when they got there, there was no more fight," he said when contacted on Sunday (Aug 23).

Initial investigations revealed that the fight occurred due to a misunderstanding among a group motorcyclists, he added.

"It has nothing to do with elements of the underworld or gangsterism," ACP Fahmi said.

While the parties involved in the fight did not lodge any police report, ACP Fahmi said the police personnel on duty at the Dang Wangi police operation centre did lodge a report on the matter.

"We are investigating under Section 148 of the Penal Code for rioting," he added. 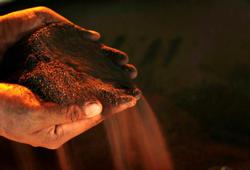