KUCHING: A man who has been remanded by the police since Aug 14 for an investigation into an international human organ trading activity, had his remand order extended for another five days.

The suspect was brought to the Magistrate’s Court yesterday after the first remand order of seven days expired on Thursday.

The man had surrendered himself on Aug 13 and was arrested at the Kuching police district headquarters.

Sarawak Deputy Commissioner of Police Deputy Comm Datuk Dev Kumar MM Sree in a statement after the arrest said the suspect had turned up at the police headquarters after knowing that he was being sought to investigate his claim to a British tabloid that he was a human organ trader.

He had made the claim to an undercover reporter of the United Kingdom-based news portal The Sun, which on Aug 8, reported on his alleged human organ trafficking activities.

In the news report, the suspect claimed he could arrange illegal transplant tourism packages for Britons at a fee of about RM469,977.

He was also reported to have masterminded 45 illicit kidney sales and had used Facebook to lure poverty-stricken victims from around the world to sell their organs to desperate patients.

Police are investigating the case under Section 15 of the

Anti-Trafficking in Persons and Anti-Smuggling of Migrants Act 2007. — Bernama 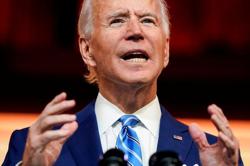