Wee: BN will not take easy way out

Site visit: Dr Wee (second from right) inspecting a monsoon drain that would often overflow during heavy rain, during his visit to the Slim River New Village. — Bernama

TANJUNG MALIM: Barisan Nasional will not take the easy way out when squaring off with its opponents in the Slim by-election, says Datuk Seri Dr Wee Ka Siong.

Calling on the Barisan machinery not to be complacent, the MCA president said hard work was still necessary although Barisan had been in Slim for a long time.

“Traditionally, we have been here for many years, and we have a good base here.

“However, we cannot be complacent or take things for granted. If we get comfortable, we won’t work or achieve anything.

“We have to work hard and do our best to ensure our partner wins on Aug 29, ” he said after visiting the Slim River New Village yesterday.

Dr Wee, who is also Ayer Hitam MP, cautioned the machinery against doing a “last-minute” job.

“House-to-house campaigns are very important to show our concern and to interact with the people.

“Barisan will not take the easy way out. We face our opponents, regardless if they are from Tun’s party or the independents, ” he said, referring to Tun Dr Mahathir Mohamad.

Dr Wee said MCA’s machinery would focus on Chinese-majority areas such as the 70-year-old new village and Slim River town, which is about 85% to 90% Chinese.

He noted that MCA had also arranged for every party leader to come and campaign for the Barisan candidate in the coming days.

Dr Wee also delivered good news to the residents such as the impending opening of a shortcut connecting the village to another residential area in town.

He said the shortcut behind SMK Dato Zulkifli Muhammad was actually under the purview of Railway Assets Corporation (RAC).

“There have been requests by locals to open the road for public use so that they are better connected during rush hour.

“I have visited the site and discussed with the Tanjung Malim District Council, and we have no problem to open this road for the people’s convenience, ” he said, adding that the council had also agreed to maintain the road.

Dr Wee said he would look into solving the flash flood problem from the drainage system near the KTMB train track close to the new village.

“When constructing the double track, KTMB had the drainage system built to handle a large volume of water.

“However, we found that the drains at the lower area are rather small and unable to drain water in time, causing it to overflow to the nearby village, ” he said, adding that KTMB would continue to do periodic maintenance, including clearing the drain.

“We need a long-term solution for this. KTMB and RAC are ready to cooperate with the Drainage and Irrigation Department on this, ” he said.

Earlier, Dr Wee, who is the Transport Minister, said Penang was playing politics over the issue of chartered medical flights to the state.On Monday, Chief Minister Chow Kon Yeow said the state had barred the entry of foreigners seeking medical treatment until it finalises new health and safety protocols in light of Covid-19.

This followed the entry of three medical tourists from Medan, Indonesia, via a chartered flight on Aug 14.

“These include isolation and tests that follow international health and medical standards.

“All these were to ensure the patients were not Covid-19 positive and all of them were only allowed into the country via chartered flights, ” he said.

“The Civil Aviation Authority of Malaysia (CAAM), Malaysia Airports Holdings Bhd and the Immigration Department had approved the arrival of the chartered flight from Indonesia after it had fulfilled the standard operating procedure.”

If Penang had opposed such flights, Dr Wee said the state should have conveyed its stand to MKN, as what was previously done by Sarawak.

“However, CAAM did not receive any notice of objection from Penang, nor did it receive any instruction from MKN to disallow chartered medical flights from entering Penang, ” he said. 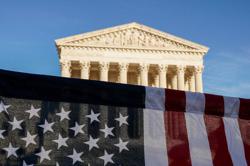