“We cannot open the doors for all students returning home from abroad as the expenditure will be too high,” said the Minister in the Prime Minister’s Department in response to a question raised by Sim Chee Keong (PH-Bukit Mertajam) at the Dewan Rakyat yesterday.

He said this was to ensure that the government did not incur large expenditure and only provided targeted assistance.

“For example, there are students who study abroad using their own finances and have parents earning high incomes. In this situation, we will liaise with Wisma Putra to provide targeted assistance,” Redzuan added.

Sim asked about the actual cost involved in quarantining individuals, as there had been reports that some were required to pay more than RM2,100.

In his response, Redzuan said only those under the B40 group, the disabled and students were provided free accommodation at government-owned public training institutes (ILAs).

“For others staying at the designated hotels, they will have to pay RM150 a day.

“This is half of the cost, as the government will bear the other half,” he said.

Ahmad Fadhli Shaari (PAS-Pasir Mas) then told Redzuan that some students in Kelantan, who were quarantined after returning from Yemen, were forced to pay about RM1,890 before being allowed to leave the hotel.

To this, Redzuan said the matter had been resolved.

He said there were some delays in their release, as time was needed to sort out details with Wisma Putra and the Inland Revenue Board to identify the students who needed help.

Earlier, Redzuan informed the House that the cost to house an individual for the 14-day quarantine period was RM4,700 if placed at the ILAs and RM4,100 for the hotels.

As of July 24, he said the government had spent RM115.9mil for the use of 322 hotels and ILAs as designated quarantine stations.

He said RM49.6mil was spent to use 157 designated hotels as quarantine stations, while RM66.3mil was for the ILAs.

He said a total of 1,572 quarantine stations were designated following the Covid-19 pandemic.

From July 24, the government reverted to an earlier policy of quarantining returning Malaysians and foreigners under certain categories in designated quarantine centres.

This was done after authorities found that many returnees failed to isolate themselves in a room or to visit health clinics for a second Covid-19 swab test on the 13th day of quarantine. 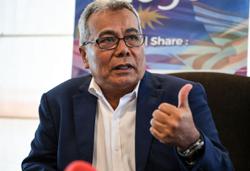 Not all returning students to quarantine at hotels for free, says minister

Best to use designated centres for quarantine, say experts