Return to normal: Medan Niaga Satok in Kuching back in operation after being closed recently for sanitisation by the Fire and Rescue Department following four positive cases among the traders.

KUCHING: A drop in the number of local Covid-19 transmissions led to the Kuching district turning from a red zone into a yellow zone.

It said Samarahan, Serian, Bau and Lundu were the other yellow districts in Sarawak, with between one and 11 local transmissions in the past fortnight.

“This means five districts in Sarawak are still categorised as yellow while the remaining 35 are green, ” the committee said.

Kuching was declared a red zone last Tuesday after a double-digit spike brought the number of local transmissions to 53 in the previous 14 days.

Red zones are districts with more than

40 local transmissions in the last 14 days and yellow zones one to 40.

The committee also said no new cases were reported in Sarawak yesterday, with the state’s tally of confirmed cases remaining at 678.

On the inter-zone travel restrictions in Sarawak from Aug 1-14, the committee reiterated that anyone who wanted to travel between Zone One and Zone Two must first obtain a permit from the nearest police station.

Zone One covers Kuching, Samarahan and Serian divisions, where the yellow zones are located, while the remaining divisions from Sri Aman to Limbang, which are green zones, are grouped into Zone Two.

However, the committee said travellers going from Sarawak to Peninsular Malaysia, Sabah or Labuan did not need to get police permission. 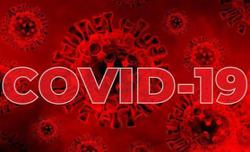 Kuching back in the red zone again