KOTA KINABALU: Election watchdog Bersih 2.0 (Sabah) has called for the introduction of recall elections amid talks of political buying of elected representatives.

The Bersih 2.0 (Sabah) in a statement condemned any such act, saying that a stable government and an effective opposition were needed to keep the state machinery scrutinized.

“We call upon the Sabah government to use its two-thirds majority in the state assembly to curb party-hopping by introducing recall elections, ” the NGO said.

It said with the recall mechanism, voters could collect enough signatures to force an election to decide if the incumbent state assemblyman should be sacked, and should the threshold be passed, then the incumbent could be sacked.

If a state assemblyman hopped party against the wishes of voters, he or she would likely be sacked, and this would deter "frogs" and enhance political stability, the statement said.

The statement said Sabah, known as the land of political frogs, should now try to set an example to the nation that politicians must not throw the people’s mandate away for monetary gains and ministerial positions.

It said the act of buying elected representatives would only undermine voters’ trust towards politicians, and the election process.

“There's no point in voting if politicians can be easily bought and jump ship, and this will have grave consequences towards democracy, ” it added. 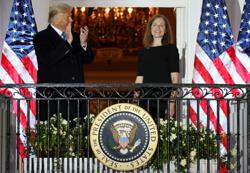 Masidi: Sabah continues to see most number of daily cases