THE woman who accused Olympic silver medallist Goh Liu Ying (pic) of being a homewrecker has retracted her claims and apologised, reported Sin Chew Daily.

Chen Yin Nee had earlier alleged on Facebook that Goh had an affair with her husband, but issued a statement to the daily on Wednesday apologising for making a false claim.“I hereby promise and guarantee that I will stop harassing Ms Goh Liu Ying and her family.

“I also promise and guarantee that I will stop making false representation that may cause the public to misunderstand Goh Liu Ying’s character. I will apologise personally to Ms Goh Liu Ying and family, ” she wrote in English.

Chen said she had written the earlier post in anger and had since taken it down.

It was later revealed by Chen’s ex-husband Leonard Lim that the two had divorced in 2017.

When interviewed, Goh thanked her fans and sponsors for standing by her and vowed not to let the incident affect her preparations for the Tokyo Olympics next year.

But the 31-year-old shuttler, who reportedly lodged a police report over the allegations, is considering taking legal action against Chen.

> The daily also reported that after more than 11 years in the entertainment industry, Malaysian singer Fish Leong has been nominated for Best Female Vocalist in Taiwan’s Golden Melody Awards.

The 42-year-old Queen of Love Songs could not hide her joy when the news was announced on July 15.“I feel like having a swim in the sea! I want to celebrate my nomination by swimming with all my colleagues and fans! Thank you to my team and to the judges for the recognition, ” she told the daily.

Leong, who hails from Negri Sembilan, will be going up against other big names in Mandopop such as G.E.M., Joanna Wang, Peggy Hsu, Faith Yang and Waa Wei.

“Can anyone tell me the meaning behind using CCTV to take photographs? Is this the kind of service a restaurant should be giving?” an angry Chou posted on Instagram on Monday.

The photo was uploaded by a friend of one of the restaurant’s female staff members.

The staff member, who had not recognised Chou while serving him, had asked for a photo of the CCTV footage as a keepsake.

The restaurant has since apologised and had the photos removed. 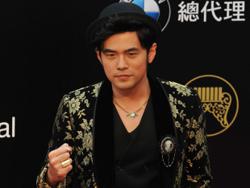 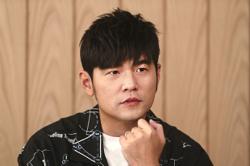 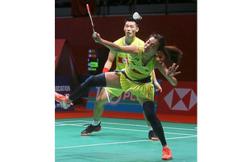