KUALA LUMPUR (Bernama): A total of 532 individuals who went through home quarantine (Home Surveillance Order) but failed to go for the second Covid-19 screening has been traced,” says Inspector-General of Police Tan Sri Abdul Hamid Bador.

Those detected were found in Selangor with 303 individuals, Kuala Lumpur (156), Johor (62), Sabah (three), two each in Pahang and Kedah, and one each in Negri Sembilan, Melaka, Kelantan and Sarawak.

He said police received the list of 577 individuals who were categorised as dropouts after failing to take the second Covid-19 test from Centre of Preparedness and Response Centre (CPRC) of the Health Ministry last Friday.

"As such, CID launched an exercise to trace the absentees nationwide.

"Of the total, 532 were detected which is 92 per cent while 45 individuals are still being traced,” he told Bernama at Bukit Aman here.

Abdul Hamid said all 532 individuals had since taken their second Covid-19 test at nearby health clinics as 392 of them were traced by phone while 140 were contacted through their home address.

"Police are advising those individuals who have yet to go for their second screening to do so at the nearest health clinic immediately,” he said.

Abdul Hamid said those who continue to defy the order would face stern actions under Act 342 and other regulations in effect.

On July 1, Bernama reported Senior Minister (Security) Datuk Seri Ismail Sabri Yaakob as saying 1,472 individuals who were undergoing home quarantine had yet to go for their Covid-19 test on the 13th day. - Bernama 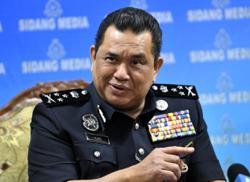 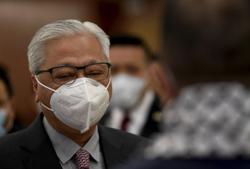