Farewell: Rusdi (second from right) presenting a gift to Irmohizam at the Indonesian embassy. Looking on are WTC KL officials.

KUALA LUMPUR: Having just returned from an unexpected three-month stay in Singapore when Malaysia closed its borders, Indonesia’s billionaire ambassador Rusdi Kirana is taking off for good.

He was one of at least three foreign heads of mission who had to wait out their return when the movement control order was imposed on March 18.

When Rusdi did come back around mid-June, the 57-year-old spent two weeks at home under quarantine and putting the finishing touches to the job he specifically requested from his president so that he could help the millions of Indonesian migrant workers in Malaysia.

The owner of Indonesia’s largest airline, Lion Air, was appointed by President Joko Widodo as ambassador to Malaysia in May 2017.

Drafted as a member of the Presidential Advisory Board in 2015, Rusdi had quit the National Awakening Party (PKB) and distanced himself from the airline to focus on his diplomatic position.

Having blazed a trail from being a teenage typewriter salesman to airline boss, the envoy famously offered to buy 1,000 Proton cars in 2018 on condition Malaysia took its national car project forward.

Indonesian diplomats here praised the outgoing envoy for the fresh ideas introduced and improvements brought during his tour of duty.

Agung Cahaya Sumirat, the embassy’s minister counsellor for Information, Social and Cultural Affairs, said Rusdi would be remembered for his out-of-the-box working style.

Agung said that faced with the increasing burden of having to serve the growing number of Indonesian workers in Malaysia, Rusdi introduced a shift system for certain sections of the embassy to operate around the clock to clear work backlog.

“During his tenure, Indonesia had a strong presence in WTC KL with some remarkable events of substance and exposure.

“Rusdi’s valuable work and support contributed to the intensification of relations between our countries,” he added. 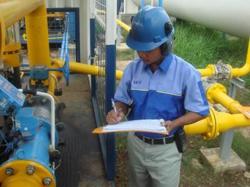