PUTRAJAYA: Only Members of Parliament and officers will be allowed inside the Dewan Rakyat during its 25-day meeting which starts on Monday, says Senior Minister Datuk Seri Ismail Sabri Yaakob (pic).

He said they must observe the standard operating procedure (SOP) including registering their attendance via the MySejahtera app.

Government employees and media personnel on duty could also be present at the Parliament building, he said.

He said the SOP for the meeting, which was approved yesterday, included the wearing of face masks, using hand sanitisers and ensuring social distancing.

“All those involved – including lawmakers, civil servants and media personnel – must register themselves via MySejahtera.

“They must also have their temperature taken before being allowed to enter the building, ” he said.

Ismail Sabri said the same SOP must be observed by those attending the Dewan Negara meeting from Sept 2-23.

On the compulsory quarantine imposed on Malaysians returning from abroad, he said police conducted over 1,000 monitoring exercises to check on people’s compliance with it.

“Police have found them to comply with authorities’ orders, including remaining at home during the 14-day period, ” he said.

On Monday, a total of 1,146 Malaysians returned home via Kuala Lumpur International Airport and KLIA2 from Singapore, Indonesia, Japan, China, Qatar, Australia, the Netherlands, India as well as the United Kingdom, with two individuals sent to hospital after they were tested positive for Covid-19. 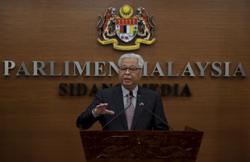 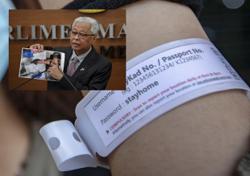 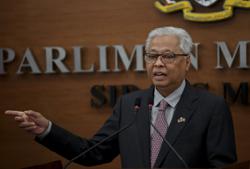