PETALING JAYA: The Pakatan Harapan presidential council has stated its commitment to its original plan that PKR president Datuk Seri Anwar Ibrahim will be the coalition's candidate for prime minister.

In a meeting to discuss efforts to restore the mandate of the people and Pakatan as government, the council also discussed the proposal for Parti Warisan Sabah president Datuk Seri Shafie Apdal to the candidate for prime minister.

"The presidential council believes all efforts to restore the people's mandate must be done and this requires the support of all parties.

"Therefore the presidential council has given the full mandate to Anwar to continue discussions with all parties including Shafie Apdal for this purpose," they said in a statement on Monday (July 6).

Dr Mahathir then proposed Shafie's name to be prime minister in bid to end the deadlock and to garner support from MPs from Sabah and Sarawak.

The council also decided that in the event that the Federal government is dissolved for snap elections, states under the rule of Pakatan Harapan would not seek to dissolve their assemblies.

"The presidential council is consistent with its stand that the focus of the Federal and state governments is to help the people cope with the Covid-19 pandemic," they said.

The council also decided that they would reject a motion in Parliament by Prime Minister Tan Sri Muhyiddin Yassin to drop Tan Sri Ariff Yusuf as Dewan Rakyat speaker and Nga Kor Ming as deputy speaker.

The Pakatan Harapan government that won the elections in May 2018 crumbled in March this year after Parti Pribumi Bersatu Malaysia and several lawmakers from PKR left the coalition to join forces with Barisan Nasional, PAS and GPS to form the Perikatan Nasional government. 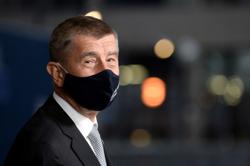 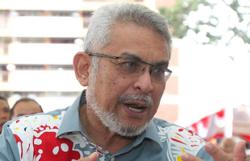 Motive behind Shafie’s handing out of land titles questioned