GEORGE TOWN: Reactions to the postponement of major examination dates are mixed, with some questioning whether students would benefit from the move.

Parent Ari Bahmini Suppiah does not think so.

She feels that the Sijil Pelajaran Malaysia (SPM) examination could still be conducted in November or December this year, and the students may not need to be tested on the full syllabus.

“The longer the delay, the more time is wasted. With the postponement, it means the results too will only be released in the middle of next year.

“This will hamper the students’ progress by almost half a year, ” said the 49-year-old law lecturer.

Ari Bahmini said her son and his classmates felt that the decision was not favourable to them.

“No one expected the pandemic but at the same time, the exam can still be held this year with some adjustments.

“A compromise on the exam style and format would be better than the postponement, ” she added.

On Sunday, the Education Ministry announced the rescheduled dates of major examinations to the first quarter of 2021, in keeping with the changes to the 2020 academic calendar.

Among those, the written SPM exam – originally from Nov 16 to Dec 7 – is now scheduled for Jan 6 to Feb 9 next year.

Another parent See Swee Sie said she was worried for her son, noting that lessons had just resumed and students needed time to catch up.

“It was earlier circulated among parents and students that the exam would be postponed to March (next year).

“I am now worried for the students as I am afraid they won’t have enough time to prepare, ” the lawyer said.

Student Chen Tzi Xuen, however, is happy to sit for the SPM next year.

“Honestly, it’s a huge relief for me because I was just lazing around before school reopened.

“With the SPM being held next year, I’ll have more time to catch up on my studies, ” she said.

Chen’s mother Venise Voon said she too did not mind the postponement.

“I am fine with it as many things are already delayed due to the Covid-19 pandemic, ” she said.

After having closed since the start of the movement control order to curb the spread of Covid-19 on March 18, schools reopened last Wednesday but only for Form Five and Form Six students. 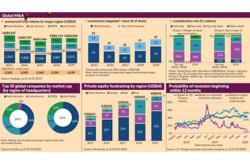