Each of the 13 states and 192 divisions nationwide will soon have a Lawa office to render help to women in need.

“We want to provide comprehensive and free legal consultation and counselling for women, especially those who suffer domestic violence and sexual harassment, and help them get a new life.

“This is a service that transcends the boundaries of race, religion and political leaning, as the legal assistance covers both civil and syariah laws by a team of lawyers.

“Lawa will be a one-stop centre to women in need, ” she said at the launch of the “Say No to Domestic Violence” campaign at Wisma MCA here yesterday.

According to a United Nations report, there has been a spike in domestic violence cases involving women globally throughout the lockdowns implemented to fight the spread of Covid-19.

“In Malaysia, the Women, Family and Community Development Ministry reported that 81 domestic violence cases were recorded between March 18 and 31,337 cases in April and 420 cases in May.

“As for June, there were 92 cases reported in the first nine days.

“This is no doubt worrying, ” Heng said, adding that there could be more cases as some victims could not free themselves or chose to suffer quietly. 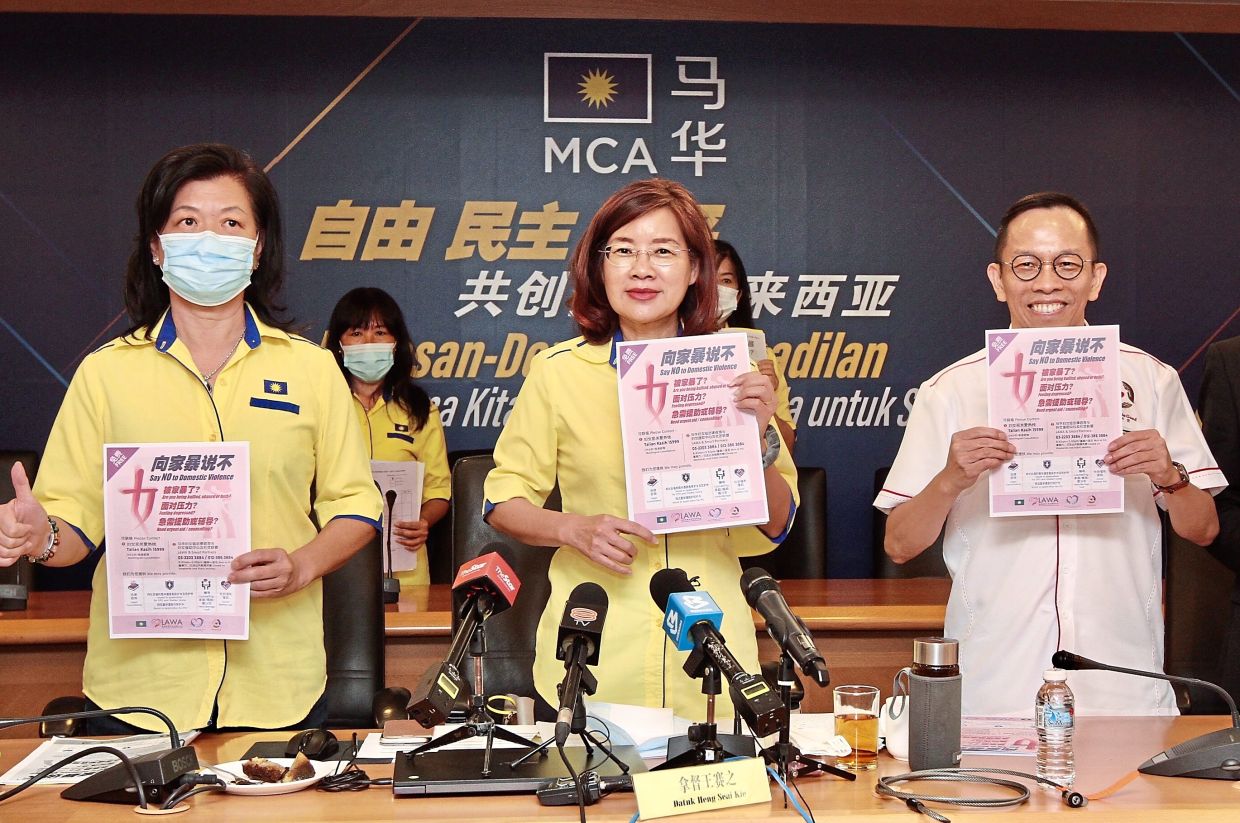 To address this issue, she said Lawa would partner with two other non-governmental organisations –Persatuan Kebajikan MAHA Malaysia and the Be Good Do Good Association.

“Lawa will provide legal consultation related to family and matrimonial matters, wills, trusts and probate, as well as other matters.

“The two other NGOs will provide youth and family counselling as well as social welfare aid, ” she said.

“For those with no place to go, we will place them at transit homes, including helping them with transferring their school-going children to a new place, ” she said, adding that all these would be possible because Lawa was linked to the relevant government agencies.

Heng noted that many women were still not aware of their matrimonial rights.

“We asked several victims why they put up with their abusive husbands for so long before seeking help and their answers were shocking. They thought that being physically attacked by their partners is a norm.

“This shows a need to strengthen their awareness, ” she said, adding that Wanita MCA would organise legal workshops for women after the MCO is lifted.

For emergency cases, Heng called on women or those who witnessed such cases to contact Talian Kasih at 15999 immediately.