IPTS: Not feasible for us to lower fees 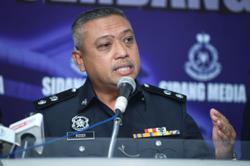 PETALING JAYA: Despite calls by students to lower the fees, private higher education institutions (IPTS) say it is not feasible for them to do so, noting that there has been no substantial drop in operating costs.

Various IPTS associations, in a joint statement, said that any fee reduction is not justified as the institutes continue to pay for various elements, including salaries, insurance premiums, software licences, rental, mortgages and accreditation fees.

“All facilities, including lecture rooms, laboratories, workshops, libraries, studios, gyms and sports facilities, remain intact and available as soon as the restrictions are lifted.

“The cost of maintaining and managing these remains exactly the same.

“It is hard to imagine that students would want their studies to be abruptly halted should these institutions be unable to sustain themselves (financially) for them to complete their studies, ” they added in the statement issued to The Star yesterday.

As to the argument that savings arise from the lower usage of utilities, the group said they are negligible.

“For example, savings of RM30,000 per month of electricity for a campus of 10,000 students would translate to only RM3 per student per month.

“It is also worth noting that campuses are not left in darkness and air-conditioning is periodically run to ensure continued circulation to avoid the occurrences of mould and other health-related issues, ” they explained.

They also said any savings are overshadowed by “the massive sudden investment in cloud services, hardware, software, bandwidth, online learning management systems, e-resources and the mammoth task undertaken by lecturers to switch instantaneously to online learning”.

“Institutions have also invested heavily in health and sanitising protocol and equipment to comply with the Health Ministry and National Security Council’s SOP in the interest of safety and health of their student and staff communities.”

The Higher Education Ministry recently announced that online teaching would continue until Dec 31, with exceptions given to several groups, including certain postgraduate students and certificate, diploma and bachelor’s degree final-year and final-semester students, who would be allowed to return to campus in stages after the conditional movement control order, scheduled to end on June 9, between July 1 and Oct 1.

The IPTS associations also said there was no worldwide trend to reduce fees and that the institutes could not be held liable as it was a government directive to close all campuses to “flatten the curve” of Covid-19 infections. 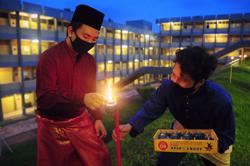