Ulya, who claimed that the entire Armada wing nationwide still recognised Dr Mahathir as Bersatu chairman and Syed Saddiq Syed Abdul Rahman as Armada chief, said this meeting should be held as soon as possible.

Armada consists of more than 20% of the total party membership.

“So, we want to remind them to please listen to us. We want the supreme council to call for a meeting as soon as possible, ” Ulya told a press conference here yesterday.

He claimed the Bersatu constitution was drafted based on Tan Sri Muhyiddin Yassin’s experience of being sacked as Umno deputy president for speaking out against former prime minister Datuk Seri Najib Razak and the 1Malaysia Development Bhd scandal. 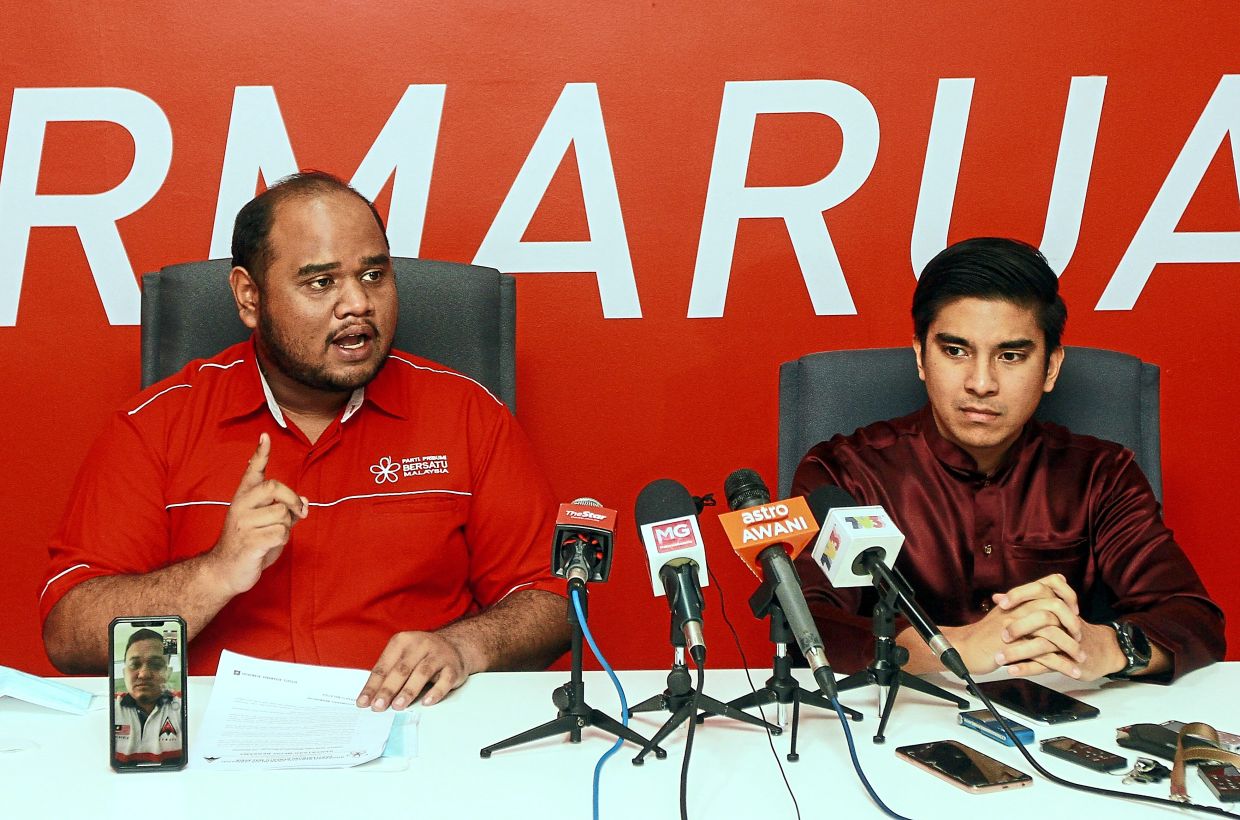 Saying his piece: Ulya speaking at a press conference in Putrajaya as Syed Saddiq looks on.

“So, when we drafted the Bersatu Constitution, the clause (that provides absolute powers to terminate memberships) in Umno’s Constitution was not included, ” he said.

Therefore, he added, the move nullifying the memberships of the five Bersatu MPs, including himself, was unfair and invalid.

He also said that they (five MPs) chose to sit in a bloc in between Pakatan Harapan and Perikatan Nasional.

“We decided to sit in the middle as independent Bersatu MPs because this was our last stand in Parliament, ” he said.

“The accusation that we sat together with Pakatan isn’t correct.”

Meanwhile, Syed Saddiq said Armada would use all legal avenues to address their ousting.

“We will follow present channels to ensure that our stand is heard by the Registrar of Societies and the law. We follow the law, ” he added.