A filepic of an island within the Tunku Abdul Rahman Park

KOTA KINABALU: Only 100 visitors will be allowed daily into any of the 24 marine parks and nature parks under the Sabah Parks.

Sabah Parks director Maklarin Lakim said that the limit would be for all its parks that include the popular islands at the Tunku Abdul Rahman Marine Park here and Mount Kinabalu under Kinabalu Park.

The move comes as Sabah government relaxed the movement control order under the conditional MCO to restart domestic tourism activities during the current efforts to end the Covid-19 spread.

Maklarin said that limiting the crowds would help put in place social distancing practices at the parks and also the use of its various facilities.

All state parks were closed since the implementation of the MCO on March 18.

The state government and tourism players have been putting in place various strategies to encourage Sabah based tourisms in the interim period to help the industry get back on its feet.

The state's tourism industry had been badly hit by the Covid-19 pandemic and most tourism related industries including hotels and tour operators are struggling to cope with the impact on tourism and travel industry worldwide.

Maklarin, who visited the Tunku Abdul Rahman Park Island on Saturday (May 16), said that all workers at the parks were also provided with the necessary protective equipment.

At the moment, he said people may still be reluctant to visit the parks but expect the number of visitors to increase after the fasting month. 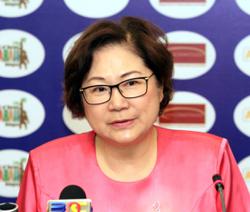 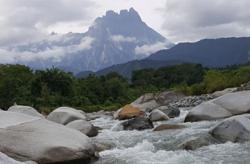