‘It is tough to cut down on power usage’

PETALING JAYA: The hot weather is making it difficult for Malaysians to reduce usage of electricity, as they remain indoor in compliance to the movement control order (MCO).

Audrey See Tho, who works for a non-profit organisation, said she has been trying to limit her electricity usage during the MCO period but found the task a difficult one.

“There are five of us, with three working full-time at home. We need electricity for our computers, television and even the induction cooker.

“With the present hot spell, two of our air conditioners are running almost constantly.

“I’ve been trying to get my family to use less electricity but it is difficult having to work from home, and with ageing parents,” she said.

But See said she was glad that they would get a 2% discount for their electricity usage.

“Personally, I would prefer discounts to be given in a tiered system. But I am also aware that there are limits to government handouts, so I would not mind as long as other needy groups are getting more aid,” she said.

Under the economic stimulus package, discounts on electricity bills would be given to all households and some commercial sectors.

Households would enjoy a discount of between 15% and 50% up to a limit of 600 kilowatt-hours (kWh), based on the total monthly electricity consumption.

Those with energy usage of above 600 kWh, including some commercial buildings, would receive a 2% discount.

Sectors most affected such as tourism and shopping malls would be getting a discount of 15%.

Financial adviser Grace Lai, 25, said while the discount would help in a way, she was dreading to see the latest bill.

“We are constantly at home, so there is really no choice but to use electricity throughout the day,” said Lai, who is living with several other housemates.

A woman, who wished be known as Jenny, said she expected a high electricity bill this month.

“We are using electricity the whole day. Although we try to cut down usage, it is just too hot in the daytime,” said the consultant, in her 40s.

The Malaysian Meteorological Department said on its website that a few areas in Selangor, Kelantan and Perlis recorded higher maximum daily temperatures of between 35°C to 37°C from April 8 to April 13.

Institute of Ocean and Earth Sciences senior research fellow Prof Datuk Dr Azizan Abu Samah said usually, the country would get a maximum amount of rainfall around April, followed by drier climate during the southwest monsoon in May.

“During the inter-monsoon period, local circulation of land-sea breeze is dominant. This will result in the Kuala Lumpur region having a very clear day in the morning and thunderstorms in the late afternoon,” he said.

The thunderstorms, he added, would usually be accompanied by a downward current of air that could bring high winds lasting for 10 to 15 minutes.

Universiti Kebangsaan Malaysia professor of climatology and oceanography Prof Dr Fredolin Tangang said the winds were not blowing in any particular direction and could lead to stormy weather.

“It can cause strong thunderstorms and heavy rainfall that can result in flash floods. 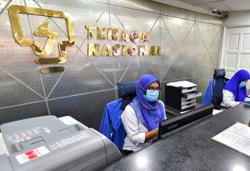 MCO: Understanding how your electricity usage is calculated