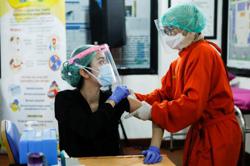 JAKARTA (Bernama): Indonesians on social media have commended the Malaysian government’s initiatives to help people whose income has been affected by the movement control order (MCO).

Many praised the financial assistance and other initiatives that have been extended to those severely hit by the economy, saying they hoped the Indonesian government would be more concerned and would take similar measures to help its citizens affected by the Covid-19 pandemic.

A recent video posted on the YouTube “Macan Idealis” channel titled "Mengejutkan! Beginilah Kondisi Terkini di Malaysia (Shocking! This is the current situation in Malaysia)” has so far been viewed over 400,000 times and has received over 5,000 comments.

The Macan Idealis channel, which has over 630,000 subscribers, had interviewed a biotechnologist from Medan, Sumatera, Dr Irwandi Jaswir, who is currently a research coordinator at the International Islamic University Malaysia, Halal Industry Research Centre, on the MCO situation in Malaysia.

A viewer with the handle “ahmad lahera” wrote: “Congratulations Malaysians, wish you all the best. Pray for us Indonesians that we receive the same blessings”.

The MCO, first enforced in Malaysia on March 18 and further extended to April 28, was imposed to break the chain of Covid-19 infections.

Malaysian Prime Minister Tan Sri Muhyiddin Yassin has also announced various financial assistance schemes and initiatives to alleviate the burden on the people most affected by the MCO.

Indonesians as well as Malaysians also expressed their admiration and gratitude on the YouTube channel, for the measures being implemented by the Malaysian government.

“Alhamdulillah, our neighbours have a government which is trustworthy, ” Juri Murtana commented.

In dealing with the spread of Covid-19, Indonesia has since March 16 imposed large-scale social restrictions (PSBB) in stages.

On April 9, President Joko Widodo announced a wide range of aid and initiatives for the poor in the country with a population of over 280 million. 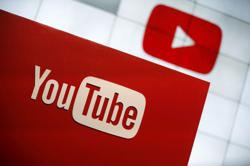