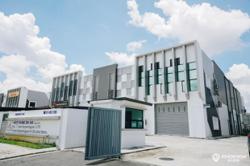 AFTER being caught allegedly cheating on his wife, former actor Andy Tai Chi Wai is now said to be embroiled in a love triangle, reported China Press.

The 59-year-old, who is working in the insurance industry, was earlier photographed holding hands with Candy, a colleague more than 30 years his junior, in public.

However, sources now revealed that Candy has a close male friend whom she supposedly once described as “the most important man in my life”.

The sources had even shown news portal HK01 a photo of Candy and the man in a hotel room.

Tai’s alleged affair with Candy became even more a focus of the Hong Kong press after an altercation with the paparazzi on April 5.

He was reported to have yelled at reporters, calling them “trash” and had threatened to sue them for invading his privacy.

Tai’s acting career spanned three decades from the 1980s. He left the film industry in 2011.

> Huazong president Tan Sri Goh Tian Chuan has urged the government to stop crowds from forming at Bank Simpanan Nasional (BSN) branches for fear it would lead to more Covid-19 infections, reported Sin Chew Daily.Goh said those eligible for the Bantuan Prihatin Nasional were turning up at BSN branches in droves since Monday – the first day the aid was being disbursed.

“There was a lack of social distancing and many were not wearing masks,” he said in a statement.