MELAKA: Many were frustrated when they discovered the national health protection scheme mySalam website was inaccessible from March 29 to March 31, says the DAP MP for Kota Melaka.

"I personally received many calls and messages from frustrated locals during this MCO," he said on Thursday (April 2).

Khoo said the registration ended on March 31 and many were unable to register when the website could not be accessed.

He hopes the registration could be extended up to April 15 to allow more people to benefit from the scheme.

Khoo said through the scheme, those who are suddenly diagnosed with a critical illness would receive a cash payout of RM4,000 or RM8,000 depending on their income level.

"The recipient would also receive a hospitalisation claim of RM50 per day, up to a maximum of 14 days," he said.

Khoo said the scheme greatly benefits the people, especially the B40 group and the benefits were extended to the M40 category or those earning less than RM100,000 annually, from 2020.

"The scheme provides them with a security net to ease their financial burden in the case of being diagnosed with a critical illness," he said. 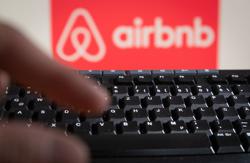