Funding the fight against Covid-19

THE headline figure of RM250bil for the stimulus package was eye-catching but it shows the gravity of the situation faced not only by Malaysia, but also the rest of the world.

The amount of money was staggering, like throughout the world, and needed to ride through the unprecedented circumstances that Prime Minister Tan Sri Muhyiddin Yassin calls “a war with invisible forces”.

What is visible though is the damage the Covid-19 pandemic is causing. Our streets are empty, people are afraid of sickness and their futures, and that is bringing about huge economic hurt to the country.

The immediate solution was this package, a large sum that aims to soothe the problems faced by individuals, households and companies.

The key thrust of the plan would see RM126bil go towards protecting the people, RM101bil towards supporting business and RM3bil towards boosting the economy. The common thread in the plan is improving cashflow and job preservation.

The B40 and M40 got much of the same in terms of support packages. There were differences such as rental waiver for the B40 who live in federal and state public housing.

The M40 were allowed to make withdrawals from their Private Retirement Scheme to help with their cash needs.

Most of the other measures were common between both groups such as the loan moratorium and also Employees Provident Fund (EPF) withdrawals.

Those measures targeted the most vulnerable segments of society and there is the structure of the plan.

But it also showed that the Federal Government was not stingy, but realistic, in its spending.

The government will have to borrow money through the issuance of debt papers and that will see the fiscal deficit rise beyond 3.2% of GDP this year to between 4%-6.5% of GDP.

The overall cost will see ministries also cut their budgets to generate savings to help fund the fight against Covid-19.

The size of the deficit will depend on what the price of crude oil is. The government realises that it will not average US$62 a barrel forecast in Budget 2020, but it is also hoping for a higher average price for 2020 than what it is today.

The higher price of crude oil will help with the funding cost of helping the economy. The way the government approached this was to share the responsibility between itself and its agencies.

The government will have a direct fiscal injection of RM25bil and the other agencies such as Bank Negara, Danajamin and government-linked companies (GLCs) will share the responsibility of reflating the economy.

For small and medium enterprises (SMEs) and businesses, there were huge sums of money being made available from Bank Negara to RM13.1bil, an increase of RM4bil.

SMEs were given a deferment of income tax for three months, wage subsidies for their workers and flexible employer contributions to EPF – all with the intention of making sure companies continue to employ people.

The government will also use Danajamin to guarantee loans to larger corporations to the tune of RM50bil.

GLCs such as Tenaga Nasional Bhd and Telekom Malaysia Bhd will also do their part in making electricity and Internet broadband charges cheaper.

This may be the route the airlines will take to get help to keep their plans flying once conditions recover.The plan also shows the limitations of a country like Malaysia in dealing with this trident of crises.

The crash in oil prices, evaporation of demand and supply within the economy and the strain on health services is daunting for Malaysia, which does not have the luxury of printing money like the US or some of the large developed countries or blocs in the world.

It is important to keep companies from folding and to speed up efforts to flatten the number of cases. The next priority is to get the supply chain moving again as the longer this goes on, companies will start to look at slashing costs and exporters will start to lose clients to countries that have recovered and operating at a higher capacity.

As the curve flattens and testing increases dramatically, then factories and businesses can start moving again and that will help with the recovery process.

Malaysians have to weather this phase before looking at stabilising the economy and the recovery phase thereafter. This package is the start towards that. 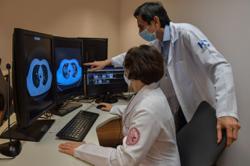