MIRI: Many people have been caught off-guard by the sudden disruption in public transport services in Sarawak, as the nationwide movement control order (MCO) is about to enter its second week.

Operators of stage and express buses, express boats and hired longboats are cancelling their services abruptly due to fears over the spread of Covid-19.

Those most affected by public transport cancellations are people from rural areas who came to cities and towns for essential services, but who are now stranded with no public transport to send them home.

“The fears over the current Covid-19 outbreak have caused many transport companies to suddenly cancel their services, ” one of these stranded, Adli Wahab, told The Star.

“They did not give any advance notice to passengers. Many of us who came to Miri find that we cannot go back because of the sudden cancellations.

“I have to hire private van and the cost is very high, ” said Adli, who came to Miri city from a kampung in Tatau district 300km south of here.

He said he came to Miri three days ago by express bus to visit some family members in Kampung Lutong, about 10km from here.

“While I was here, I heard that bus operators were cancelling their services.

“I went to the bus terminal and was told that they have stopped express bus connections to Tatau until further notice.

“I was asked to look for private van operators, but most of these operators are illegal and charge very high fees, ” he said.

Adli said a private van operator here told him he would have to pay RM300 to go to Tatau if he wants to charter the van for himself.

“I am also worried about the roadblocks that may disrupt any travel to outstation places, ” he said.

Society for the Rights of the Indigenous Peoples of Sarawak secretary-general Michael Jok said these cancellations throughout the state were just too abrupt.

“They happened too suddenly. Many public buses and express boat operations were just stopped within a 24-hour period.

“This is too disruptive. Sarawak has a rural population of about one million who are largely dependent on public transport services, ” he said.

Jok said buses and boats should not have stopped operating in such a sudden manner.

He said they should instead implement strict limits on passenger loads and enforce stringent seating arrangements where all passengers are seated at least a metre apart.

There must be no socialising or physical contact, and this can help stop any infection from spreading, he added.

“Do not stop all bus and boat services just like that, ” said Jok, calling on the relevant state authorities to urgently look into this public transport issue. 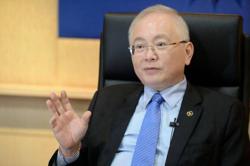