PUTRAJAYA: It is a responsibility which Datuk Seri Azam Baki (pic) will shoulder with honour as he pledges to continue the war on corruption in his new capacity as the chief commissioner.

Azam is no stranger to the job, having served the anti-graft body for more than 30 years and is considered one of the country’s top graft busters.

“I am truly humbled by the trust given to me to carry out the duties of a chief commissioner. I would like to record my deepest gratitude to the Yang di-Pertuan Agong as well as the Prime Minister.

“I intend to see that the MACC continues to fight corruption, just as what my predecessors have done, ” he said when contacted.

Azam, however, declined to share his plans for the commission just yet.

“I shall save that for another time, ” he said.

The Prime Minister’s Office announced his appointment effective from March 9, taking over from Latheefa Koya who resigned last week.

Former MACC chief commissioner Datuk Seri Shukri Abdull said Azam deserved the appointment, having served the body for more than three decades and due to his vast experience in the field.

“It is good that the position is given to an officer from MACC. It makes it easier for the person to carry out his duties and Azam is more than capable.

“I wish him all the best and having worked with him for many years, I have no doubt that he will be able to do the job, ” he said.

Transparency International-Malaysia president Dr Muhammad Mohan welcomes Azam’s appointment, given his experience on the job and of investigating high-profile cases.

“We hope to see continuity and are confident that he will be able to discharge his duties well. We also hope that he will lead MACC to pursue cases without fear or favour, whether it is against high-profile individuals or politicians, from the government or the Opposition, ” he said.

Muhammad noted that Azam’s appointment came at a time when Latheefa had placed the MACC on a high level after its image took a dent several years ago.

“Since then things have changed for the better and we hope to see him continue doing what he does best, which is to fight graft, ” he said.

Former Inspector-General of Police Tan Sri Musa Hassan also welcomes the government’s decision to give back the post to the civil service.

“He is highly trained to fight corruption. Furthermore, returning the top post to a civil servant will boost the morale of other MACC officers, ” he said.

PAS secretary-general Datuk Takiyuddin Hassan said the party believes that Azam’s appointment reflects his integrity, knowledge and experience in dealing with corruption, adding that the party is confident that the latter will play his role well to achieve a corrupt-free Malaysia.

Azam, 57, started his career with the then Anti-Corruption Agency (ACA) in 1984 as an assistant investigations officer at the intelligence division and served the agency’s Perak office in 2000.

In 2007, he was transferred to the ACA headquarters where he led the special task force investigating the Port Klang Free Zone scandal.

Azam became the deputy chief commissioner in charge of operations in 2016. 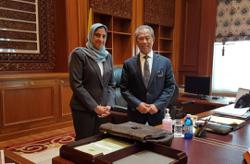 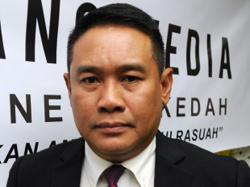