PETALING JAYA: Employers and mental health advocates agree that a lot more can be done to help workers with mental health problems.

Malaysian Employers Federation (MEF) executive director Datuk Shamsuddin Bardan said businesses incurred losses when employees who were unwell turned up for work despite being unable to give their best.

“When you work but don’t put in 100% effort and still claim 100% of your salary, it causes a loss for the company.

“That is very damaging compared to employees being absent from work and taking unpaid leave, for example, ” he said.

He was referring to a study by Relate Mental Health Malaysia, which found that workers’ mental health issues resulted in business cost amounting to at least RM14.46bil in 2018. More than two thirds of the amount was due to employees working while unwell.

Many employees suffering from poor mental health were reluctant to come clean about it because of the social stigma, said Shamsuddin.

a culture of having conversations about mental health.

“We must start to talk about this openly. Employees need to open up and employers must introduce channels for employees to address mental health issues, ” he said.

He suggested that workplaces have counsellors or alternatively, companies should consider appointing panel mental health clinics.

He added that it was important to look into workplace mental health because the Industrial Revolution 4.0 is set to bring a new set of unique challenges for staff, and may trigger stress, depression and loneliness.

Shamsuddin said the government must also look into improving workplace mental health because of the substantial cost to the economy.

Malaysian Mental Health Association president Prof Datuk Dr Andrew Mohanraj described the business cost of mental health problems as “the elephant in the room”, saying that it needed to be addressed urgently.

Allowing employees to take a mental health off-day once in a while to recharge may be more beneficial to the company as the employee would become more productive after the break, he said.

“There’s no point in being present at work but not being productive. It is better to take a day off and come back to work healthier mentally, ” he said.

Companies should pay more attention to promoting mental well-being in the workplace by providing a supportive and respectful working environment, he added.

“For example, zero tolerance for workplace bullying, achievable goals and reasonable deadlines, as well as an ergonomic workplace, can all go a long way in promoting mental well-being in the workplace.”

He noted that employers were probably aware of poor mental health problem among workers but either did not want to address it or did not know how to.

“The worker is also reluctant to be open about it because it is socially embarrassing, ” he said.

Unless there are mechanisms in place to ensure employers do not discriminate against employees who seek help for mental health issues, the matter will continue to be swept under the carpet, he said.

He added that many were also reluctant to get professional help because it involved out-of-pocket expenses. The insurance industry, he said, had only recently begun to include psychological conditions in their coverage.

“Psychological first aid”, such as therapy, should be provided at every workplace to help employees deal with mental health issues such as depression and anxiety, which can stem from job stress or family problems, he said.

“If any employee has signs of poor mental health, he should be referred to an employees’ assistance programme, whereby he can have access to psychologists or psychiatrists, ” Lee added.

He hoped that employers would now take note of the serious impact of mental health problems.

“They must stop ignoring the matter and start giving assistance to employees dealing with these invisible illnesses, ” he said. 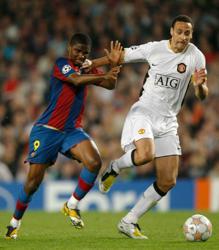