Yeoh calls on world powers to ‘fuel our future’

Pleased to meet you: Yeoh and Abang Johari (centre) meeting a few of the attendees after the Sustainability and Renewable Energy Forum in Kuching. — Bernama

Speaking in her role as a United Nations Development Programme goodwill ambassador, she said renewable energy was commercially viable, cost-competitive and could be deployed on a large scale.

As such, it solves the “trilemma” of achieving sustainable, reliable and affordable energy in line with Goal 7 of the United Nations’ Sustainable Development Goals (SDG).

“However, current global energy investments are falling short of the mark.

“At US$514bil a year, the current investments are a far cry from the US$1.3 trillion to US$1.4 trillion needed to achieve SDG 7 – access to affordable, clean energy for all by 2030, ” the actress said in a special keynote address at the inaugural Sustainability and Renewable Energy Forum organised by Sarawak Energy Bhd (SEB) here yesterday.

Yeoh said clean energy investments made sense because they were cheaper than the cost of climate change, created sustainable jobs and improved people’s lives and health.

“And it protects the environment and reduces our greenhouse gas emissions.

“It’s time to raise the bar, invest in the global energy transition and scale up renewable energy globally.”

He said two of the proposed stations would be located in Kuching and one each in Sri Aman, Sibu, Bintulu and Miri.

An integrated hydrogen production plant and refuelling station, touted to be the first in South-East Asia, was commissioned in Kuching this year by SEB as a pilot research facility.

“This is generating a greater understanding of how we can green the transportation sector.

“As part of our research on the viability of this fuel of the future, we are currently testing three hydrogen buses on the road.

“These buses are under the ownership and management of Sarawak Economic Development Corporation, ” Abang Johari said.

He said the outcome of the research would guide Sarawak on the application of hydrogen and fuel cells in the future.

“This research is vital towards developing a hydrogen economy for Sarawak. Sarawak provides an ideal setting for enabling the hydrogen economy, given our abundant hydropower resources which enable the production of clean hydrogen from source.” 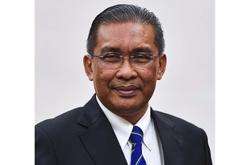