No need to humiliate women or deny them service over dress code, says MCA

PETALING JAYA: MCA feels that women should not be humiliated and denied service in public because of what they wear.

"After being treated with endless stories about dress code mishaps by members of the public in government agencies, we now hear that even the local authorities in Petaling Jaya have decided to join the bandwagon and control what women should or should not wear," said Selangor MCA state liaison committee chairman Datuk Ng Chok Sin (pic).

Ng was responding to a letter published in The Star on Dec 3 from a 14-year-old reader who said she was prevented from entering the Petaling Jaya Community Library because she was wearing denim shorts.

The girl said it had slipped her mind that the library had a "no shorts, no slippers and no short skirts" ruling as her family had been out shopping and decided to stop by the library in Section 3, Petaling Jaya.

Her mother had tied a shawl around her waist, fashioning it into a long skirt covering her knees.

Despite their attempt, the library's security officers still denied the teenager entry to the public facility, saying that her impromptu skirt was "not nice".

"Is this what the Pakatan-led Selangor state government has come to?

"An urban middle-upper class city where even young girls are barred entry from institutions of learning due to being perceived as have dressed too sexy, even after making efforts to cover herself up with a shawl?" asked Ng.

He also questioned if it was a new directive or policy that the MBPJ had introduced.

"The Petaling Jaya MP Maria Chin Abdullah and Bukit Gasing assemblyman Rajiv Rishyakaran should look into the matter of 'little Napoleons' at the MBPJ who are moral policing, pushing out orders and rules that suppress the rakyat and objectify teenage girls in an effort to push their own agendas," said Ng. 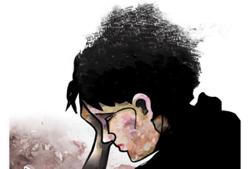