PETALING JAYA: Six youngsters in Ampang were detained for riding "basikal Lajak" while their guardians were also hauled up for letting them do so.

"The children were issued summonses and released to the custody of their legal guardians.

"The ‘basikal lajak’ were seized in accordance to Section 112(3) of the Road Transport Act 1987," he said when contacted.

The children's legal guardians were also detained under Section 33 of the Child Act 2001 for negligence on the part of the parents or legal guardians, he added.

"They were soon released with police bail after their statements were recorded," he said.

"We will forward the matter to the deputy public prosecutor soon," he said. 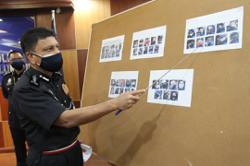