Thumbs up: Fu (third from right) and Muguntan (Back row, third from left) with villagers at the catchment site near Kampung Podos.

KOTA BELUD: Minah Sogindol is used to seeing only drips of water, or nothing at all, coming out of the pipe in her house when she turns on the tap.

As a result, she and a thousand residents of Kampung Podos here, depended on a nearby stream for years.

Today, she was able to see water gushing out of the tap thanks to the efforts of non-governmental organisation, Hopes Malaysia, which is funded by the Star Foundation.

“There are 11 of us in the household, and before this, we did our laundry, bathing and other activities using water from the river, while saving any tap water which usually comes at night for cooking and drinking.

“Now, we do not even use any river water, ” said the 53-year-old farmer with nine children aged between 14 and 34 years old.

She said this at the ceremony to mark the completion of the water piping system upgrade here on Thursday, which was attended by Star Media Group chairman Datuk Fu Ah Kiow and Sabah bureau chief Datuk Muguntan Vanar.

The foundation channelled RM42,000 to Hopes Malaysia for the upgrading project involving a 5km-long pipe to a quarry catchment at the village located 50 minutes away from Kota Belud town.

Village chief Soumin Sadah, 49, said Kampung Podos’ piping system was initially built in the 1980s, but it could no longer sustain the current needs of 1,015 residents in 120 houses, a problem exacerbated by many pipe leaks.

“Most of us are affected by a lack of water, especially during morning and evening peak hours. There were also attempts in the past to fix the leaks.

“But since the pipe size was too small, the suggestion was to get larger pipes, ” he said during the ceremony, where he added that water shortage is no longer a problem since the completion of the project.

Meanwhile, Fu expressed satisfaction that the project has resulted in the provision of a basic necessity that should reach all Malaysians.

He noted that Star Foundation, the charitable arm of SMG, has assisted various agencies and NGOs to help communities and those in need.

“In Sabah, we had also helped with a water project in Kundasang, Ranau, after the earthquake there a few years ago.

“We hope access to piped water will improve the standard of living of Kampung Podos folks, ” he added.

Meanwhile Hopes Malaysia founder Sam Lee and co-founder June Wong said about 20 volunteers as well as villagers took part in the upgrading project, which commenced in July, and took about two months to be completed.

Based in Sabah, Hopes Malaysia focuses on community development projects to meet basic needs of underprivileged rural communities and also has other projects involving communities in Kota Belud.

“In the near future, we also aim to help Kampung Podos villagers, just like in our other projects, in marketing their agricultural produce and connect them with hotels or food and beverage clients in Kota Kinabalu or nearby towns, ” said Wong, adding that this is still in the planning stage. 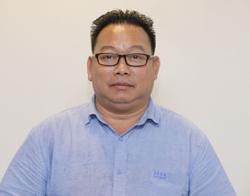