KUALA LUMPUR: It is up to athletes to decide whether to adopt a syariah-compliant sportswear at any competitions they are participating in, says Syed Saddiq Syed Abdul Rahman.

The Youth and Sports Minister said this was because in terms of performance, only the athletes and the sports associations would know what was best for them.

Syed Saddiq also noted that the ministry's stand is that it can only advise and encourage the athletes, without the need to make such attire mandatory.

"This is because, at this point, we are confident that Malaysians will continue to support athletes, regardless of what they are wearing," he replied to a supplementary question from Shaharizukirnain Abdul Kadir (PAS-Setiu) during Question Time in Parliament on Tuesday (Oct 29).

Shaharizukirnain had asked the Ministry to state its steps of introducing syariah-compliant attire for all activities and sports it is competing locally and internationally.

"We waited for 16 years and finally she got qualified for the 2020 Tokyo Olympics.

"Normally for gymnasts, they start as early as six to seven years old and train at least six days a week.

"At the same time, they perform multiple twists and turns, and are even thrown in the air.

"With a simple mistake, they could get hurt or get themselves injured, but they still face all the challenges to bring good name to the country," said the minister.

Similarly, he added that the ministry would also support athletes who chose to adopt syariah-compliant outfits.

"In the end, their contributions to the country is enormous.

"That is why we will give our full support to them, regardless of their choice of sportswear," said Syed Saddiq. 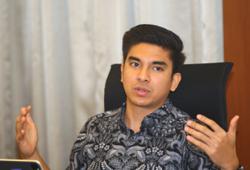 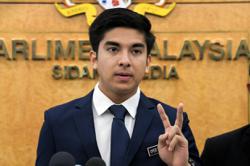