BATU GAJAH: Villagers at Kampung Teras, Ijok, near Batu Kurau have been advised to vacate their homes, following a landslide that killed one man.

Perak Mentri Besar Datuk Seri Ahmad Faizal Azumu said there could be further landslides near the area, as the damaged area was now exposed to the weather.

“There are possibilities of further incidents, as we are facing the monsoon season.

“The Mineral and Geoscience Department are checking the area, ” he told reporters when met at a Deepavali open house, organised by Tronoh assemblyman Paul Yong in Pusing, near here on Sunday (Oct 27).

“We advise the villagers to vacate their homes temporarily until we can ensure it is safe to return, ” he added.

The landslide also caused a 200m stretch of road along Jalan Rantau Panjang-Lata Tebing Tinggi to cave in. The road has since been closed to traffic.

It is learned that there are about 50 villagers in Kampung Teras.

Eight of them, including the three whose homes were damaged during the landslide, were understood to have temporary moved to the community hall at the village.

Ahmad Faizal said the state has also prepared a surau for the villagers to stay temporarily, should they need to relocate.

“I understand that there are some villagers and those affected by the landslide have chose to stay with relatives living nearby.

“We have not set any time limit as to when they can stay there. Advice would be given accordingly, ” he said.

“We will also need to check the nearby areas, ” he added.

He said the project was approved in September last year. 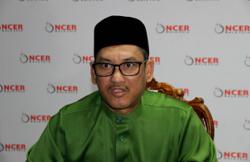 Emirates to resume flights to Zimbabwe on Oct. 1