This will also facilitate trade opportunities between Sabah and Kalimantan, as the state prepares for economic spin-off when Indonesia moves its capital from Jakarta to Kalimantan, he said during the Malaysian International Chamber of Commerce and Industry (MICCI) Sabah chapter annual luncheon on Tuesday (Oct 22).

"It is vital that land, air and sea connectivity are put in place.

"Projects such as the Pan-Borneo Highway, Sabah Transshipment Hub Port, extension of the Kota Kinabalu International Airport and Sabah International Convention Centre (SICC) will be implemented in a more cost-effective and efficient way.

"We are hopeful the completion of these projects in due course will provide strong impetus for the state's economic transformation in the coming years, and to facilitate trade and investment opportunities between Sabah, Kalimantan, and beyond," he said in his speech, which was read out by Deputy Chief Minister Datuk Seri Wilfred Madius Tangau.

Shafie said that despite handling financial troubles inherited from the previous government coupled with global economic uncertainties, the Parti Warisan Sabah-led government is resolved to pursue an agenda to improve public institutions, policies and procedures that will positively impact Sabah's competitiveness.

"I strongly believe the Sabah government together with the private sector and Sabahans will, hand-in-hand, realise the Shared Prosperity Vision 2030 announced recently.

"The Sabah government is fully committed to redefining its role in business, and to bring economic development to Sabah through the development of key industrial clusters in the agriculture and aquaculture; oil and gas; manufacturing; and tourism sectors," he added.

Education institutions in Sabah are also encouraged to provide quality education to youth and SPM school leavers with more relevant and practical skills training, in order to equip them with a competitive edge in the labour market and reduce the numbers of unemployed graduates in Sabah.

"The National Budget has set a minimum wage of RM1,200 for major cities to be implemented nationwide by 2020.

"This is, in many ways, a wake-up call to the business community.

"Going forward it should no longer rely on cheap labour as a key component of their business model.

"Instead, they will have to seek to upgrade, innovate and improve productivity to offset rising labour costs," Shafie stressed.

"We are certain that the state government's investor-friendly, hand-holding policies will continue to support and promote trade and investment activities in the state," he added.

Wong suggested that in view of the impending moving of the Indonesian capital to Kalimantan, the development of the BIMP-EAGA sub-region should be administered and managed by the state governments of Sabah and Sarawak, instead of Kuala Lumpur. 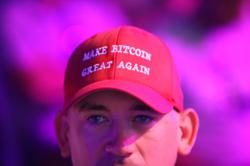