She was appointed as the university's vice-chancellor on Oct 4,2016.

According to the petition, Prof Asma's tenure is expected to end on Oct 3.

As of press time, 7,102 people have signed the petition.

"As of Sept 30, we have not received any official word on the fate of the university's leadership.

"For many USM staff, students, alumni and university stakeholders, this is a matter of utmost concern and importance.

"In the face of challenges, she has shown true leadership by example, inspiring the USM community to work smartly, creatively, with passion and with love for the university.

"More importantly, she represents the quality of the Malaysian academic, breaking stereotypes of race, creed and gender.

"She enabled many to strive and excel based on their strengths without bias or favour," the petition said.

The petition listed four reasons for her reappointment, namely her undeniable passion for USM and her indisputable reputation as an academic scholar, an effective administrator and an inspiring leader.

"As the first female appointed into many traditionally male-dominated roles, she has been tireless in championing women in science and academia, pushing for initiatives that contribute towards gender inclusiveness in the university and society.

"Time is needed to see through positive initiatives," the petition stated.

She is also the first female president of the Academy of Sciences Malaysia.

Attempts were made to contact Prof Asma, but she has yet to respond as at press time.

Dr Maszlee, when met after launching UCSI University’s Tan Sri Dr Omar Harmony Award on Tuesday said “I will look into the matter”. 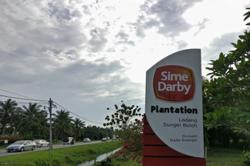