First look: Major Mustafa (left) receiving one of the black boxes from an official while Mohd Sakri (fourth from right) looks on during a press conference at the pro-Russian separatists’ HQ in Donetsk in the early hours of July 22, 2014. — AP screen grab

IT was like going behind enemy lines to retrieve intel.

Colonel Mohd Sakri Hussin and his men knew death was a possibility on the urgent mission to get hold of flight MH17’s black boxes – they would be going against explicit orders not to enter a conflict zone to retrieve the boxes and secure the bodies from the downed aircraft.

In 2014, Donetsk in eastern Ukraine was disputed territory with separatists clashing with government forces. MH17, a Boeing 777 passenger jetliner with 298 people on board, was flying from Amsterdam to Kuala Lumpur when it was shot down in the area on July 17.

Mohd Sakri, in his late 50s now, was the National Security Council’s senior assistant secretary in 2014, and spoke about his retrieval mission at the MH17: The Quest for Justice conference in KL recently.

He says that on July 20, 2014, 100 Malaysian personnel are sent to Ukraine, arriving at Kiev airport at 4am. At a briefing by Ukraine government personnel, they are told not to do anything or travel to Donetsk without government approval.

However, Mohd Sakri is called away from the meeting to wait for a phone call from then Prime Minister Datuk Seri Najib Razak.

“He told me, ‘You have a covert mission to do quietly and as soon as possible. We have already lost one aircraft (MH370 had disappeared earlier that year) and we lost again another aircraft which cannot be recovered at all, in terms of damage, lives and dignity’.

“He then told me that it was up to me to take the mission seriously and restore our dignity and pride.”

The colonel promises the PM that he and his men will do everything in their power, including laying down their lives, to retrieve the two black boxes and the bodies of passengers and crew.

The PM then gives him the contact numbers of Alexander Borodai, head of a pro-Russian separatist group, and someone known only as Sergei, who is the group’s chief of security; Mohd Sakri quickly contacts Borodai to arrange travel to Donetsk.

At 4pm, as a 12-member team prepares to depart Kiev in two vehicles, they discover that they have to get another vehicle approved by the separatists in the town of Kharkiv in order to get into Donetsk. And there is another hitch: Arriving at the first checkpoint at midnight, the team discovers there are 12 checkpoints instead of 10 as discussed earlier. Planning to get through a single checkpoint is nerve-wracking enough, now they face an extra two.

By the following morning (July 21), there are anxious queries about progress from the PM but Mohd Sakri keeps mum about the transportation and travel issues, he says, not wanting to worry the PM.

The team finally arrives at Donetsk at 2pm, after multiple checkpoints. The second last one was the hardest, as communications were cut off, Mohd Sakri recalls.

When communications are restored, a member of the Malaysian team in Kharkiv calls to convey a message from the Ukraine government ordering the team to stop the journey.

It’s a tense situation but Mohd Sakri refuses to stand down.

“I said, ‘Never mind, we move on’ because I knew there were no more checkpoints except for the one where we would be meeting the separatists.

“We had with us a religious officer, and I told him, ‘Please, this is the only chance we have, pray to Allah to make sure that our journey is safe’.”

Approaching that last checkpoint, Mohd Sakri calls ahead to inform the separatists that they were going to enter in red vehicles, “12 guys from Malaysia”, he says.

“We stopped to make sure that they saw us. Only when they told us we could start moving did we enter the last check point and were received by the rebels,” he says.

They are escorted to the group’s headquarters to meet Borodai and his team, and the two sides sit down to negotiate the terms of an agreement.

“I sought four things from them: to hand over the black boxes and all the bodies to us, including the belongings, and access to the crash site and wreckage for investigation,” says Mohd Sakri.

It is during these negotiations, amidst the sound of gunfire from outside, that Mohd Sakri contacts Najib and, over a speaker phone, Najib thanks Borodai for his cooperation.

The team is about to reach the crash site when movement is halted: the separatists say there are Ukraine fighter jets in the air, and with gunfire on the ground, it is too dangerous to keep going. It’s almost 7pm, so the team heads back to relative safety to break fast.

Mohd Sakri says the separatists had collected all 298 bodies and placed them in body bags when the Malaysian team arrived in Donetsk.

“They had laid them out properly in a train with freezers,” he says.

At their hotel, a representative from Europe’s Organisation for Security and Co-operation (OSCE) asks him to let them lead the investigation but Mohd Sakri replies that he has an agreement with Borodai giving Malaysia access, and the man leaves.

Borodai meets with the OSCE, asking Mohd Sakri to join them but the OSCE bars him from entering the room.

“Borodai soon left the hotel because he did not want to deal with the OSCE,” says Mohd Sakri. “He called me later, telling me to meet at his headquarters again.”

Finally, in the early hours of the the next day (July 22), Borodai hands over the two black boxes with some ceremony at a press conference. It’s the first time Mohd Sakri sees the orange boxes that have been the focus of such anxiety (“black boxes” are actually bright orange in colour, so they can be spotted easily at a crash site; they are simply known to the public as “black boxes”).

Mohd Sakri turns the boxes over to team member Major Muham-mad Mustafa Omar from the Royal Malaysian Air Force for authentication, asking “are the boxes ours?” After examining them, the major replies “yes” and confirms they have not been tampered with.

At this point, Borodai swears that “they don’t shoot” the plane, that they did not fire the BUK missile, that the missile is not theirs, says Mohd Sakri.

“When he handed the microphone to me, I thanked him for his cooperation and for giving us the opportunity to get all the evidence.”

Carrying the black boxes with them, the Malaysian team leaves Donetsk at 3am on the train carrying the bodies and arrive at Kharkiv railway station at 10am (July 23).

An announcement on the train tells the Malaysians to remain behind with the black boxes. Touchingly, everyone else on board is asked to gather at an assembly area in the station to observe one minute of silence for those who died in the tragedy, Mohd Sakri says.

But the black boxes aren’t safe yet. The team now faces another difficult situation.

“I couldn’t hold the black boxes too long because people were looking for me and I didn’t feel secure,” Mohd Sakri explains.

When they arrive at the station, though, Rafique is not there. It seems he has not been allowed to enter the station. Present instead are men wearing T-shirts with “FBI” emblazoned on the back, and one of them asks about the black boxes.

“I said, ‘No, it’s none of your business. This is Malaysian property,” Mohd Sakri says.

Three people from the Ukraine legal department arrive and one reads out all the offences the Malaysian team has allegedly committed by travelling to the crash site, including defying the Ukraine government’s order not to enter Donetsk.

At the end of the recital, Mohd Sakri asks, “Have you finished?” and the man replies he has.

“I then said, ‘Thank you for your information. Regardless of what happens to me, you can kill me or arrest me, I am not going to hand over these things to you because, first things first, I secured the two black boxes, they belong to Malaysia. I took them from the separatists. They gave them to me. This is Malaysian property,” says Mohd Sakri.

At this point, Rafique arrives with men from the Dutch Safety Board in a bullet proof vehicle.

“Capt Rafique tells me that the black boxes would be going into the vehicle. I later came to know that the boxes would be flown to Farnborough (in Britain) where the information would be retrieved,” Mohd Sakri says. At this point, the colonel’s mission is finally over and he can hand over responsibility for the boxes.

The separatists wanted Malaysia to investigate the information in the boxes and to share it with Britain’s Air Accident Investigation Branch (AAIB, headquartered at Farnborough) and then with the world, says Mohd Sakri, who has been the National Disaster Management Agency’s senior principal assistant director since 2015.

Azharuddin, who was also at the conference Mohd Sakri was speaking at last month, says that while he was awaiting the boxes’ arrival in Kiev with representatives from the other nations whose citizens had been killed in the crash, Malaysia had proposed that the black boxes be sent to a neutral country, either France or Britain, for investigation.

“The other countries agreed that they be sent to the AAIB,” he says, replying to a question from the floor at the conference.

The United Nations arranges a special flight to fly the black boxes from Kharkiv to Kiev. On the aircraft is Major Mustafa (who had authenticated the black boxes originally), still carrying the backpack into which he had placed the devices 24 hours ago, along with a few other personnel.

The boxes are counter-verifed and then officially handed over to the Netherland’s government represented by the ambassador of the Netherlands to Ukraine. The Netherlands lost the most number of citizens in the crash.

Another special aircraft, this time provided by the Belgium airforce, continues the journey, stopping over briefly in Brussels before continuing on to Britain. There, they are told they can’t land at Farnborough airport, Azharuddin says, and had to land in an airforce space north of Farnborough.

After clearing immigration and receiving special passes, the team is escorted by police to the AAIB’s Farnborough HQ, arriving at 5am (July 23).

Ukraine cancels match after some test positive for coronavirus 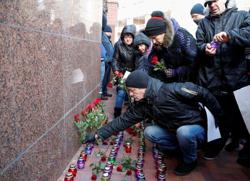 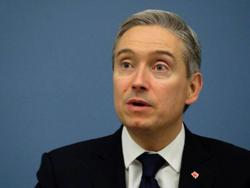