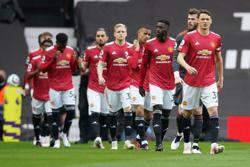 PETALING JAYA: Kuala Lumpur has been ranked 35th on Safe Cities Index 2019, scoring below average among 60 cities in the world.

The report, released by The Economist Intelligence Unit, was based on indicators such as digital, health, infrastructure and personal security.

Kuala Lumpur scored above average for personal safety which measured factors such as the prevalence of petty crime, violent crime, organised crime, level of corruption and terrorist attacks.

It hit below the average mark for three other indicators which looked at factors such as air quality, water quality, road traffic safety, transport facilities and local malware threats.

The city, however, did better against its Asean neighbours such as Manila (43rd), Bangkok (47th) and Jakarta (53rd), with the exception of Singapore which is ranked 2nd on the index.

Topping the list is Tokyo with 92 points while cities like Osaka, Amsterdam, Sydney and Seoul are among the top 10.

The 2019 index also includes new indicators which are related to resilience, measuring a city’s preparedness and responsiveness to potential shocks such as natural disasters or events caused by climate change.

It noted that Kuala Lumpur only “partially” took disaster risk into account in its national development plans and urban planning.

“Only under half of the index cities – all from high-income countries with the exception of Beijing and Shanghai – take disaster risk into account in their own city-level planning, ” the report said.

The report also noted that richer urban areas tend to be safer, adding that cities with lower incomes need to focus on enhancing security.

“Integrating disaster risk into urban planning need not cost the earth – sometimes it simply means not developing in a way that undermines natural protection against various dangers, ” it highlighted.

The report also highlighted that improving safety was a joint effort requiring the engagement of citizens, businesses and civil society organisations.

Transparent governance practices, the report said, were also an important element to enhance safety in a city.