KUALA LUMPUR: A video clip of another road rage case has gone viral, this time occurring near the Cheras roundabout.

A 23-second video shows the alleged aggressor standing outside another vehicle while holding a broken side-view mirror, and threatening to hit the victim’s car with it as they recorded the incident.The victim then attempts to drive off, but not before the man throws the side-view mirror at the car.

“A 20-year-old woman lodged a report that she was driving her car toward the Cheras roundabout when another car came to an abrupt stop in front of her.

“She could not stop in time and hit the rear of the vehicle, ” he said yesterday.

He said a man then got out of the other vehicle and began hurling expletives at her.

“The man then started hitting the vehicle’s side-view mirror until it broke off completely and threw it at her vehicle as she tried to drive off.

“She then drove to the Sungai Besi police station where she filed a police report, ” he said, adding that police arrested the suspect three days later after he surrendered at the Cheras police headquarters.

ACP Mohamed Mokhsein said they have remanded the 27-year-old man to help with investigations into committing mischief resulting in loss or damage under Section 427 of the Penal Code.

“This could have easily been resolved as a minor traffic accident. Motorists should not take matters into their own hands and be patient with one another, ” he said.

“If you find yourself in a similar situation, do not engage the aggressor. If possible, get a brief description of the suspect and his vehicle number and drive to the nearest police station immediately.”

The results of a five-year-study undertaken by the Malaysian Institute of Road Safety Research (Miros) between 2009 and 2012 showed that 18% of the 13.3 million registered drivers in Malaysia would come under the category of high-anger drivers.

In the report, Miros research fellow and psychologist Karen Goonting said this meant that there were 2.4 million extremely angry drivers on the roads, adding that these high anger drivers were more likely to lose control of their vehicles, suffer a loss of concentration and display verbal, physical or vehicular aggression on the road.

High-anger drivers are defined as those who get angry about 642 times over an average of 300 driving days a year.

The study also found that Malaysian drivers were three to four times angrier than drivers in the United States, Britain, Australia, New Zealand, Spain and Turkey.

Discourtesy on the road, such as cutting queues, refusing to give way, failing to use indicators before turning or changing lanes, and triple parking were found to be the main causes of fury. 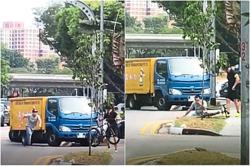 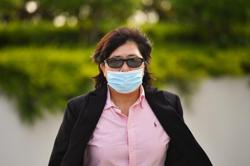