PUTRAJAYA (Bernama): The Independent Police Complaints and Misconduct Commission (IPCMC) Bill, which is set to be tabled for its second reading in the next Parliament sitting in October, is still open to changes says Datuk Liew Vui Keong.

The Minister in the Prime Minister’s Department said the Bill is expected to be tabled just before the tabling of Budget 2020.

"There is still room for changes (at this point of time). The government can always amend (the) IPCMC Bill in the second and third committee stage, " he told reporters.

He was asked if the Bill could still be amended although it had been tabled for the first reading.

Liew was met after a briefing and discussion on the IPCMC Bill with civil society organisations, the Bar Council and non-governmental organisations at his office here Tuesday (Aug 6).

The 2019 IPCMC Bill was tabled for the first reading on July 18 to replace the Enforcement Agency Integrity Commission (EAIC) and aimed at improving the police force in terms of integrity and effective management.

It would act as an independent body to look into police complaints and misconduct more holistically.

Asked on the discussions, Liew said he obtained various feedback and suggestions, all of which will be studied and considered.

"Among the concerns include the definition of complaint to be extended to during a police operation instead of only what happened in the police station. For example theft, assault and injury in (the) police station. I will look into it.

"There were also proposals to take away the power of the prime minister and to give it to the commission. I need to refer it to the Cabinet, " he said.

Liew added that based on the feedback received, he expects only about 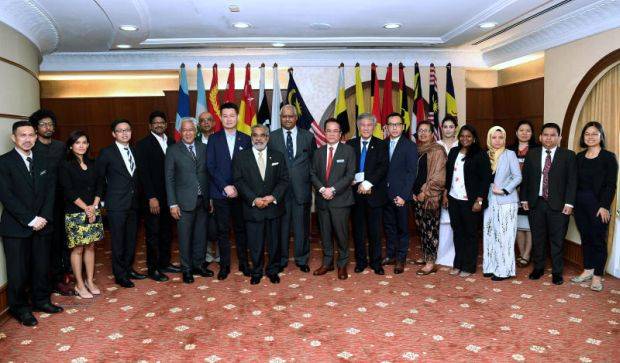 Liew with participants at the event.