No such thing as Orang Asli ancestral land in Perak, says MB

IPOH: The Perak government has maintained that there is no such thing as Orang Asli “tanah adat” or ancestral land in the state.

Perak Mentri Besar Datuk Seri Ahmad Faizal Azumu said the term was not recognised in the state constitution and it would be worrisome if all races started to make such claims.

“What if the other races also want ‘tanah adat’? Do we divide up land for them?” he told a press conference after attending a “Jasamu Dikenang” programme here Monday (July 29).

Ahmad Faizal was asked to comment on the standoff between loggers and Orang Asli who claimed to be defending their ancestral land in Kampung Sungai Papan.

He also urged some non-governmental organisations that were championing the Orang Asli’s rights not to provoke conflict between the Orang Asli and other races.

“It’s dangerous to have conflict between races. We should not provoke it.

“I urge that we avoid it. The state is ready to hear and discuss any issues,” he said.

“There’s no need to voice out on social media,” he added.

He also said the relationship between the state and the Orang Asli community in general was still good. 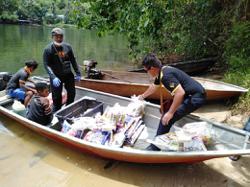 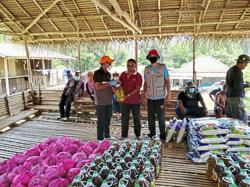 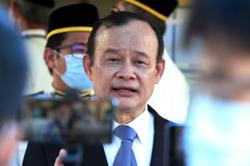