For this year, the Federal Agricultural Marketing Authority (Fama) brought in 10,000 strands of petai under the Direct Sales from Farm (JTDL) programme.

Bernama understands the first shipment was only 4,000 strands of petai but the number was increased to 10,000 due to the encouraging response.

The stands were flown in from Perak, as petai is a well-known commodity in the state.

At the festival which showcases the best of Malaysia through food products, and cultural performances, some visitors were heard asking about durian at the petai booth, which is one of 233 booths at the Fest.

"(Are the) durians finished? Can bring in more for tomorrow," said visitors.

The disappointment was clearly seen on their faces when they were told that durians were a prohibited item at the Fest by the Singaporean authorities.

Fama had tried very hard to bring in the highly popular Musang King and homegrown durians from Bukit Gantang but the ban was imposed due to their pungent smell.

Various states, ministries, and agencies are participating in the expo. - Bernama 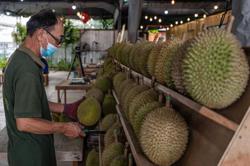 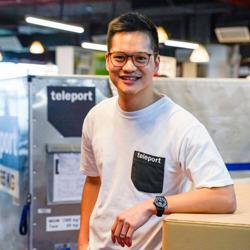