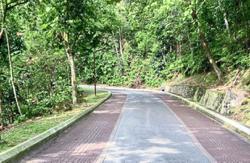 KUALA LUMPUR: The Taman Tun Dr Ismail and Bukit Kiara longhouse residents are never going to agree to the scaled-down version of the Taman Rimba Kiara development project and are sticking to its proposed resolutions, says Hannah Yeoh.

The Deputy Women, Family and Community Development Minister said the residents wanted the development built within the 4.4-acre (1.8ha) longhouse area in the park – or scrapped altogether.

"We have been reasonable and have proposed a clear resolution of the issue to the government," she said during a gathering at the TTDI community centre to deliver updates on the issue.

It was reported that Federal Territories Minister Khalid Abdul Samad had prepared a paper on the proposed resolution to be scrutinised by several ministries, as well as the Attorney-General's Chambers, before it is presented to Cabinet next month.

"This is not about rushing deadlines, but more about the longhouse residents having new housing and also resolving any weaknesses in the law that could allow developers to exploit green lung areas in the city," she said.

According to Yeoh, she had written to newly appointed Malaysian Anti-Corruption Commission chief commissioner Latheefa Koya to discuss the issue since Khalid's predecessor, Datuk Seri Adnan Tengku Mansor, allegedly abused his power when approving the project.

"I hope that the MACC will look into all the reports lodged, including the latest ones made by the Taman Tun Dr Ismail Resident's Association last week," she said.

Yeoh and Khalid have had different views on resolving the controversial issue, which was first cast into the spotlight in April 2017 when City Hall issued a development order for a mega-project at a 4.9ha plot of land within the 10.1ha Taman Rimba Kiara.

This led to residents protesting against it.

In the initial proposal, the project would build 350 units of affordable housing for longhouse residents in Bukit Kiara and eight blocks of  luxury condominiums, to be known as Pavillion Taman Tun.

In Khalid's proposed scaled-down version, only four blocks of luxury condominiums would be built within a 3.2ha plot, which could also include housing for longhouse residents.

Khalid also said scrapping the project entirely would cost the government RM150mil in compensation to the developers.

However, Yeoh said if the project were to be scaled down, it must not go beyond the current longhouse footprint and neither should it encroach into the Taman Rimba Kiara area. 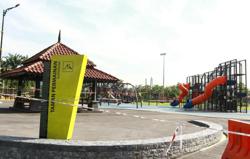